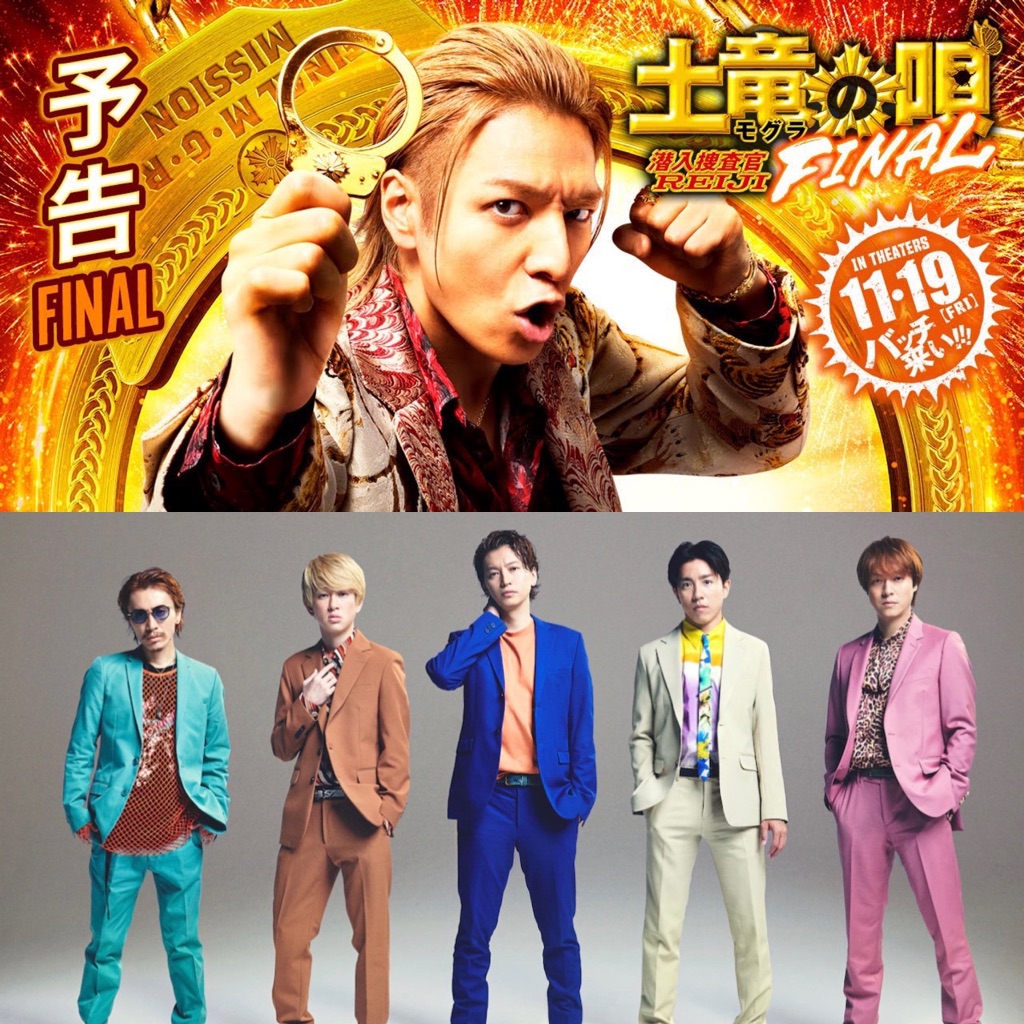 It has been announced that Johnny’s group Kanjani8 will be releasing a new song titled “Lighting Blues”, and it has been selected as the upcoming theme song for the highly anticipated film “Mogura no Uta Final”

Starring Toma Ikua, this is the third and final entry in the Mogura No Uta film series, originally based off of the popular manga series of the same name. In this film Reiji Kikukawa (Toma Ikuta) is appointed to infiltrate the largest yakuza organization in Japan. His mission is to halt the smuggling of 600 billion dollars worth of drugs.

He is faced by Shuho Todoroki (Koichi Iwaki), head of the organization and his strongest enemy to date. For the mission Reiji has to infiltrate a luxury ship. Supporting cast include Riisa Naka and Mitsuru Fukikoshi. The film will be released nationwide in Japan on November 19th, 2021.

“Lighting Blues” is expected to be included on Kanjani8’s upcoming album “8BEAT” due out on November 17th, 2021. A preview of the track can be seen in a newly released trailer for Mogura no Uta Final.