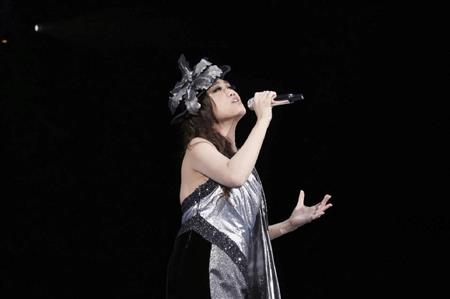 On October 12th, JUJU held a concert at Saitama Super Arena in honor of her 10th anniversary as a singer.

JUJU sang 10 of her own songs including “Yasashisa de Abureru You ni”, “Kiseki wo Nozomu nara…”, and “Ashita ga Kuru Nara” and 10 cover songs including “Manatsu no Kajitsu” from Southern All-Stars and “Eki” from Mariya Takeuchi.

A 28 year old female also got the chance to come on stage and sing a duet with JUJU after winning a Janken Tournament with the other 25,000 fans in the audience.

JUJU was filled with emotion, “My heart was broken in the middle of these 10 years, but that also taught me how important it is to have dreams. When I debuted I never thought that I would still be doing this 10 years later, I wasn’t even sure I would make it past one year. I am filled with gratitude toward all of you.”