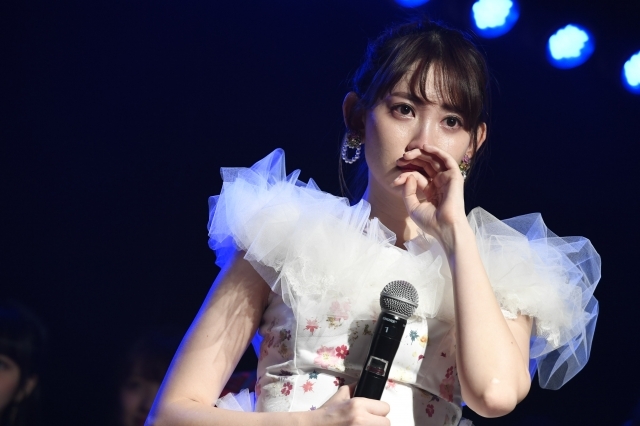 Today marks the official graduation of AKB48 member Haruna Koijima. Haruna’s graduation was announced back in June 2016, but her graduation concert didn’t take place until February 2017. Her graduation ceremony took place today on her 29th birthday at AKB’s theatre.

Haruna participated in the first AKB48 audition taking place in July 2005, successfully passing the audition. Later on in the year she was assigned to “Team A”.

Haruna quickly established herself as one of the most popular member of AKB48 thanks to her sweet personality and model-like looks. In 2008 she was selected to be a member of the successful sub-group No Sleeves, alongside Minami Takahashi and Minami Minegishi. During the very first Senbatsu election she was apart of the prestigious “Kami 7”, a name for the group of girls who receive the most fan-votes. As of Haruna’s graduation Team B member Mayu Wantanabe is the only original Kami 7 member that remains in the group.

In 2013 Haruna finally received her first solo center in AKB48’s 33rd single “Heart Ereki”. After the results for the 8th senbatsu election were announced Haruna revealed that she would be graduating. Haruna initially started to think about graduating from the group in 2014, but due to the stabbing incident at a handshake event she felt that it was just wrong time.

2017 was a very successful final year for Haruna. She was the center in AKB48’s 47th single “Shoot Sign”, and just recently held a large oversea event in Hong Kong. An hour long documentary about Haruna was also uploaded to MioMio TV, it can be viewed here.