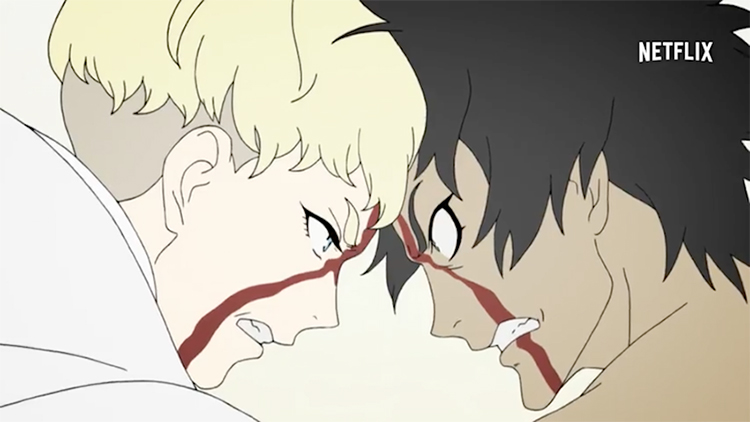 Ever since it’s release on January 5th, 2018 DEVILMAN crybaby has been in the spotlight among anime fans.

The Netflix exclusive show is based off of the original Devilman manga series by Go Nagai. In this new adaptation the series perfectly depicts the human vices of greed and lust. It also full of violent battles between Devilman and various demons, a signature trait to the series.

Director Masaaki Yuasa gives the Devilman series a new reality by setting it in present day Japan, and showcases the “true form of the original Devilman” through his unique art and animation style.

MAN HUMAN is by the acclaimed Japanese techno-pop duo DENKI GROOVE.  Since its release, the coupling track Konyadake on the single has been #1 on Spotify’s viral chart in Japan, and the single has already hit highly impressive numbers in streaming on Spotify US. Konyadake was used as a special ending theme featured in the 9th episode of DEVILMAN crybaby.

DEVILMAN crybaby is currently streaming exclusively on Netflix in 190 countries with 23 languages for subtitles and 7 dubbed languages. The MAN HUMAN single can be found on iTunes, Apple Music, and Spotify worldwide!