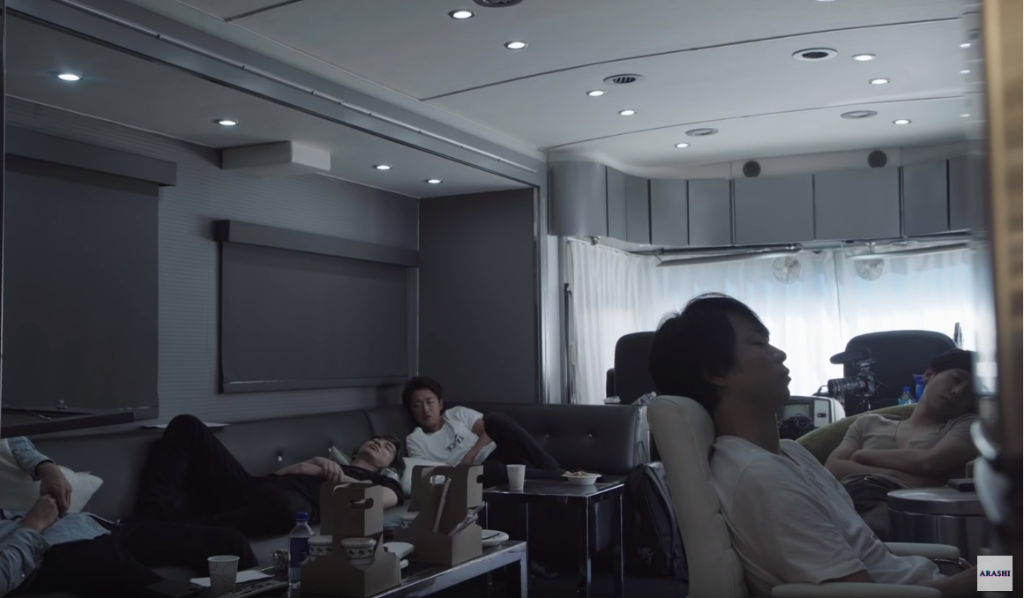 It’s been just over two months since Johnny’s group Arashi created their official YouTube channel. In that short period Arashi has already amassed well over 2 million subscribers! Furthermore, the MV for their latest song “Turning Up” has crossed the 16 million mark, and that number continues to rapidly grow.

The boys have fully embraced their YouTube channel. Besides uploading full MVs for past songs, a special series called “JET STORM” has also been uploading showing the group on their travels. So far episodes in Jakarta, Singapore, Bangkok, and Taipei have been uploaded.

In relation to their latest single “Turning Up”, two special behind the scenes videos have been uploaded to their channel. The L.A videos shows them at dance practice, interacting with some locals, and even taking a little catnap.

The Tokyo footage mainly focuses on the dance scenes of them performing on top of a skyscraper , with Tokyo’s beautiful cityscape serving as the background.