PinocchioP is a vocalist, lyricist, and VOCALOID producer known for his fast-paced beats of electro punk and witty lyrics reflecting on everyday life’s issues. He is also an illustrator and the creator of two characters that are the subjects of his songs: Aimaina and Doushite-chan. These two characters are featured in most of his videos and merchandise.

PinnochioP began his career in 2009 when he first uploaded his original Vocaloid productions onto the internet. PinnochioP produced the original song “Gorilla Ga Irunda” for the 2012 hit art-game SOUND VOLTEX BOOTH, and also released his major label debut album the same year, titled Obscure Questions. In 2013, he was invited to produce music for the mobile phone campaign, Xperia feat. HATSUNE MIKU concept CD MikXperience E.P. In 2014, he continued to expand his commissioned works when he was asked to create the theme song for Pentel pen’s i+ x Hatsune Miku collaboration project.

ARAMA! JAPAN was given the opportunity to chat with PinocchioP to find out about his upcoming album “HUMAN”, and a behind the scenes insight on the VOCALOID scene. 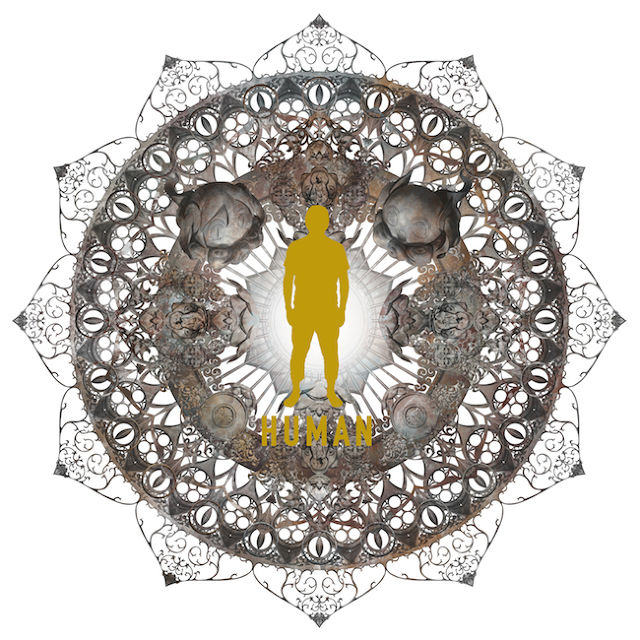 Please introduce yourself to the ARAMA readers!

PinocchioP: Hello or Nice to meet you. I’m PinocchioP. I make music with the mask on my face, and move slowly to avoid hurting my waist.

How did you come up with your name?

PinocchioP: It did not occur to me at first. When I drew Hatsune Miku with too long of a nose, in the video of my first song on internet “hanauta”, I got nicknamed “PinocchioP”, and I have been using it until now.

Tell us about your new album “HUMAN”

PinocchioP:This is pop electro punk album interfusing human’s voice, electronic music, sadness and jokes. To people who don’t know well about me, this album seems sudden and strange because I had been making music only for VOCALOID, but it’s the living product born from my concert activities.

Is there a specific song on “HUMAN” that took a long time to finish, if so why?

PinocchioP:“I’m glad you’re evil too”. I had avoided making a straight love song before, and for this song I took great pain in making such a song in my own style. I constructed this song with a storyline of music that I had never challenged before, and it took many hours.

What is the most personal song on “HUMAN”?

PinocchioP: “SAYONARA HUMAN”. I was not “humanlike” because my activity is on the Internet. Then, in this song, I remembered again that I am a human.

In your opinion, what are the main advantages and disadvantages of using the VOCALOID program to produce songs?

PinocchioP: If humans sing, the range of the song can be sang and will be narrowed down because of their looks, characteristics, and voice. If a VOCALOID sings broad expressions will be enabled by entrusting the song to an “unreal” personality, like giving lines to a character from comics. I think that is a merit.

However, the existence of the original author will be likely be forgotten and there will always be a lack of “living presence”. I think that is a disadvantage.

What inspires you when creating music? Common World Domination is a personal favorite!

PinocchioP: I get inspired by fragments of various media, for example, my favorite TV program, radio program, cinema, comics, music and so on. I don’t just look at the surface of the media, I often get inspired from focusing and expanding on “un-main” parts of them. I’m glad that you like Common World Domination!