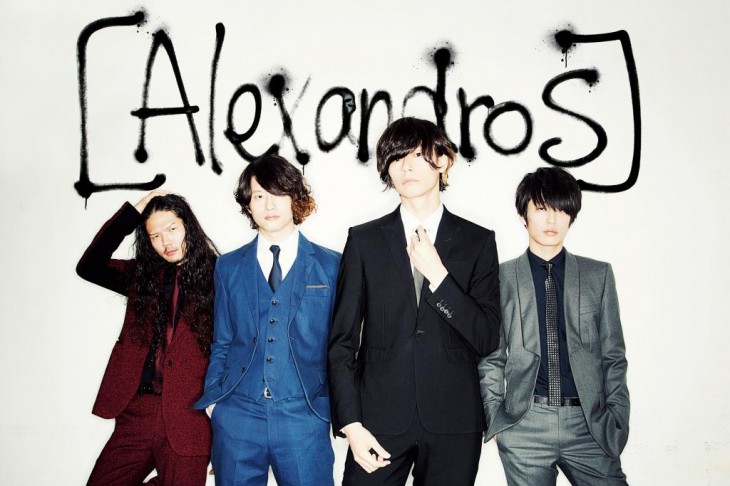 Popular up-and-coming rock band [Alexandros] (formerly known as [Champagne]) has made several significant announcements over the past couple of days.  Firstly, as of March of next year the band will be signing with record label Universal Music Japan; this will be the first time that they’ve been under a major label and can be considered a big step in the group’s career.  Secondly, they’ll be holding their second one-man live at Nippon Budokan, titled “Premium V.I.P. Party” in the same month.

In addition, [Alexandros] has also announced a pair of releases for their fans to look forward to over the next few months.  The band will start their partnership with Universal in March with a new single and then they’ll be releasing their first full album in 2 years in June.  More information about both the single and album will likely materialize as we draw closer to their release dates.

In the meantime, take a listen to the A-sides from [Alexandros] previous single “Adventure / Droshky!” below!