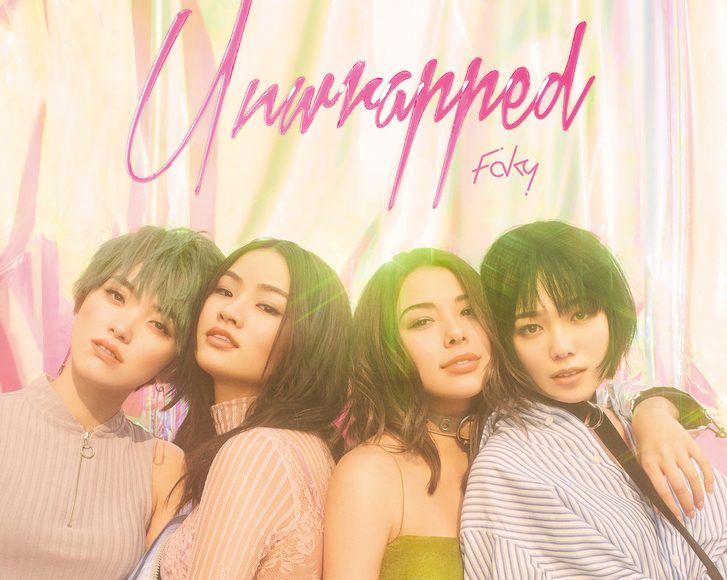 Preceding the release of their debut mini-album in two weeks, Avex girl group FAKY have released a teaser video for “Unwrapped“.

FAKY debuted in 2013 as a 5-member group, but put its activities on hold in 2014 due to contract issues. The group restarted activities in 2015 as a 4-member group, and despite getting their start 4 years ago, FAKY has never released a physical album. A true label-fueled mess of pop injustice, “Unwrapped” will be the group’s first you will be able to hold in your hands

The title refers to the opening of a present (in reference to never having released a physical album before; “Unwrapped” will be like opening a gift for the fans).

A total of 6 songs will be included on the mini album, including previously released edge-snatching bops “Candy,” “Are You OK?,” “Surrender,” and “Someday We’ll Know“.

“Bad Things” and “Keep Out” aren’t available in the previous teaser, but check out all the snippets below.

“Unwrapped” will be released on June 14 in two versions: CD-Only and CD/DVD with bonus commentary.