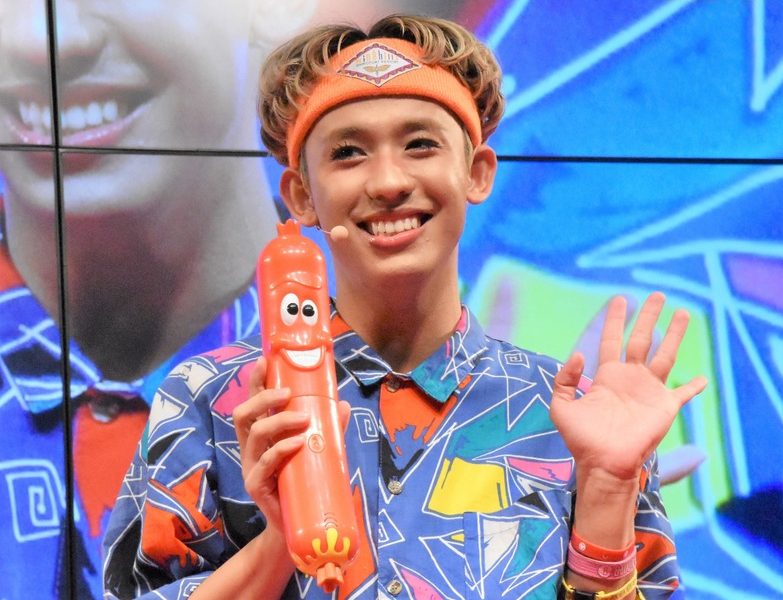 Think of it as extra and oddly phallic Japanese version of a Bop-it.

According to EXCITE, its appeal is in that it looks like a foreign toy like Spongebob or the Simpsons, and apparently it was a “big hit” overseas this past Christmas season. It actually is from America but it doesn’t have seemed to make as big a splash as presented, for shame, but it’s sure to make a splash in Japan.

Model and talent Ryucheru, who was responsible for voicing the toy’s commands and is pictured on the packaging, appeared at the press conference today to explain its appeal and took commands from his sausage to demonstrate how to play to the crowd of reporters.

There are five actions that require quick and accurate responses in order to proceed with the game: punch, touch, twist, stretch and shake. Follow the voice command and get into the rhythm before the timer ends!

Sometimes, playing with your Silly Sausage alone in “single mode” can be more fun, but “party mode” is suggested for maximum excitement. The Silly Sausage is a toy that everyone in the family can enjoy, passing it around from person to person before the timer ends, as exemplified by Ryucheru who invites his “family” on stage for a round of the game.

The Silly Sausage hits stores across Japan on July 20, 2017 and will retail for 3,974 yen, or roughly $35 USD. Mark your calendars because this is what we will be playing together in the Open Post in three weeks.