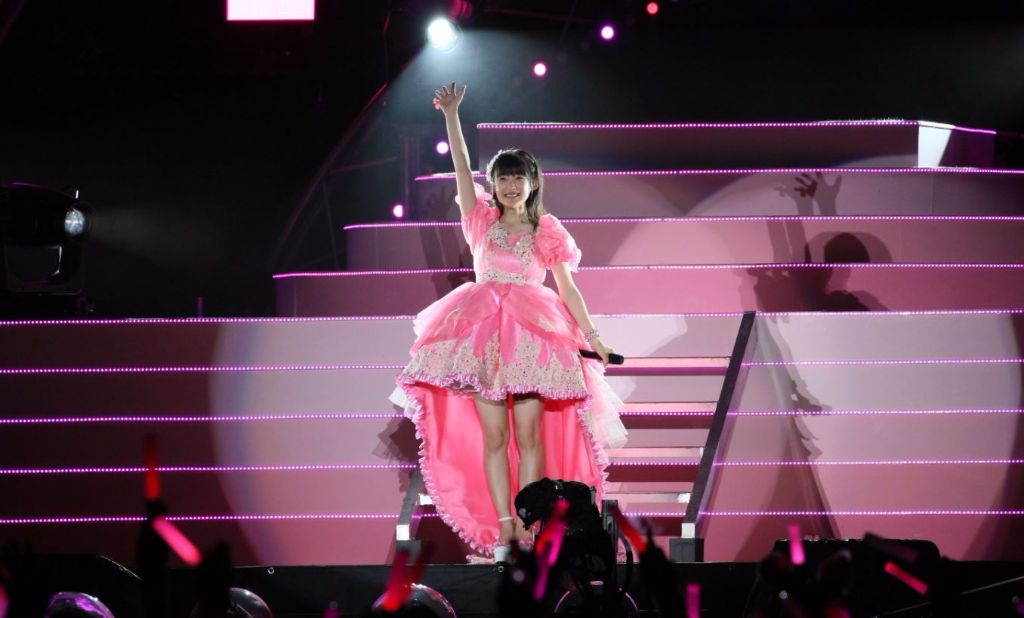 The concert took place on June 30, the same day as her 15th anniversary as an idol, at a special outdoor venue in Odaiba. The concert was broadcast live on Niconico Live, with the second half only available to premium members.

Back in November 2016, Momoko announced her graduation during Country Girls’ 2016 Winter Tour. As a private citizen, Momoko will pursue her dream of becoming a kindergarten teacher.

This event marks end of era for H!P, with the final member of Hello! Project Kids graduating. As of tonight, all of the Kids have graduated or otherwise left Hello! Project as members, though several remain associated as staff.

The Hello! Project Kids were a group of 15 girls chosen out of 27,958 applicants announced on the June 30, 2002 episode of “Hello! Morning“, introducing a group of young girls who supported Hello! Project in various ways, such as dancing at concerts. Eventually they were divided into what was known to many as Berryz Koubou and ℃-ute, both of which have now disbanded (or at least Berryz Koubou has “indefinitely suspended” their activities).

Throughout her course within Hello! Project since 2002, Tsugunaga debuted as a member of Berryz Koubou in 2004 and became popular for her narcissistic character of “Momochi”. She has been the leader of Buono! as well as a member of ZYX, ZYX-a, BeriKyuu, Hello Pro Sentai Pink Rangers, and more. After indefinite activity suspension of Berryz Koubou in 2015, she joined the Country Girls as a playing manager.

Having spent more than half her life as an idol, starting at age 10, Tsugunaga commented to Oricon:

I often refer to my youth as my time as an idol. I did not experience my youth like everyone else since I have been an idol for a long time. I missed out on a lot of things, but unlike ordinary girls, there are a lot of other things I got to experience. I’m glad I could spend my youth as an idol.