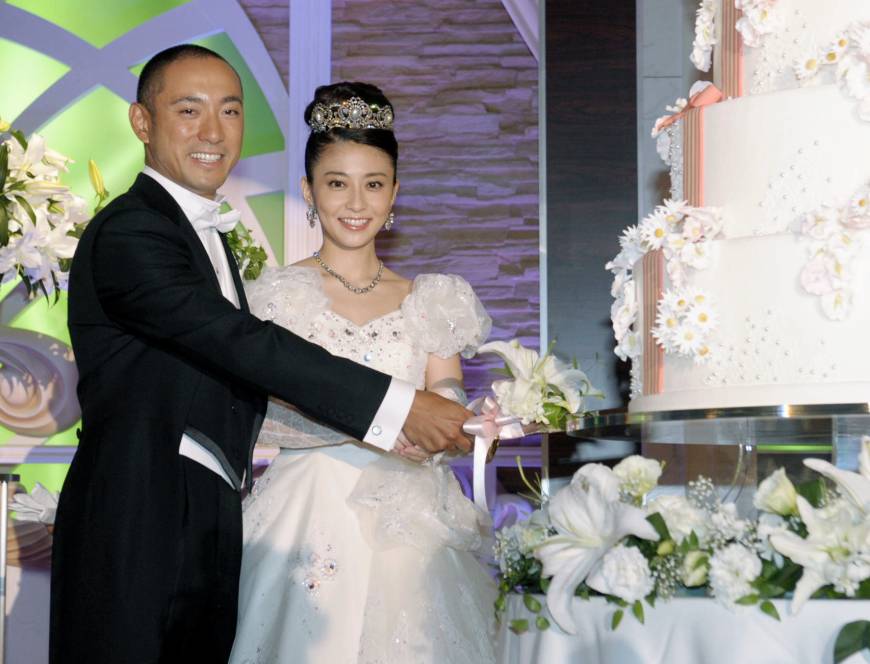 On the 30th, Kabuki actor Ichikawa Ebizo (39) has announced his intention to provide English-translated blog posts from his late wife Mao Kobayashi, the TV presenter who passed away at the age of 34 this past week after a long battle with breast cancer, Cinema Today reports.

This news follows his tearful press conference given appearance to honor her.

Shortly after the announcement of her breast cancer last year, Kobayashi opened her official blog “KOKORO” to share her journey as a cancer patient. Kobayashi invoked reader’s empathy taking her doctor’s advice to not “hide behind cancer” and posted to her blog up until two days before her death, when she posted an ode to her love of freshly squeezed orange juice.

In November 2016, Kobayashi was announced as one of the BBC’s “100 Women 2016“–a list of inspirational and influential women for 2016–after starting a blog about her illness and how she dealt with it, quickly becoming one of the most popular blogs in Japan with more than 2.5 million readers.

“I heard that not only Japan, but people overseas are also interested in her blog posts as well,” said Ebizo.

I am Mao Kobayashi.
I decided to start a blog today, which actually surprised my family.

I was encouraged by my doctor who recently said to me;

Her advice made me realize what had happened. Ever since my cancer diagnosis, as time goes by, my identity as a cancer patient had dominated my mind and life.

Once I get over it, I shall be able to go back to being how I was before.
So, until then, I would keep it a secret. No one necessarily finds out about my illness. I just do not want to make people concerned.

Yet, unexpectedly, the news about my breast cancer got out to the public. But I tried even harder to hide behind the disease. I tried to retire myself and put me in a very small box.

It is all my responsibility.

That is why I have decided to break up with myself who was overshadowed.
It may sound a very selfish and shameful reason, and I apologize for that.
However, I am glad myself that I am committed to being who I am.

It’s been over a year since I was diagnosed with cancer. I sometimes feel hopeless when I look at my children playing vigorously while my body stops moving.

Should there be any mother who feels guilty like;

I want you to know that I am in the same shoes as you are.

Thank you for reading my blog.

The English translation of her blog posts will be gradually posted to “KOKORO” on Ameblo.