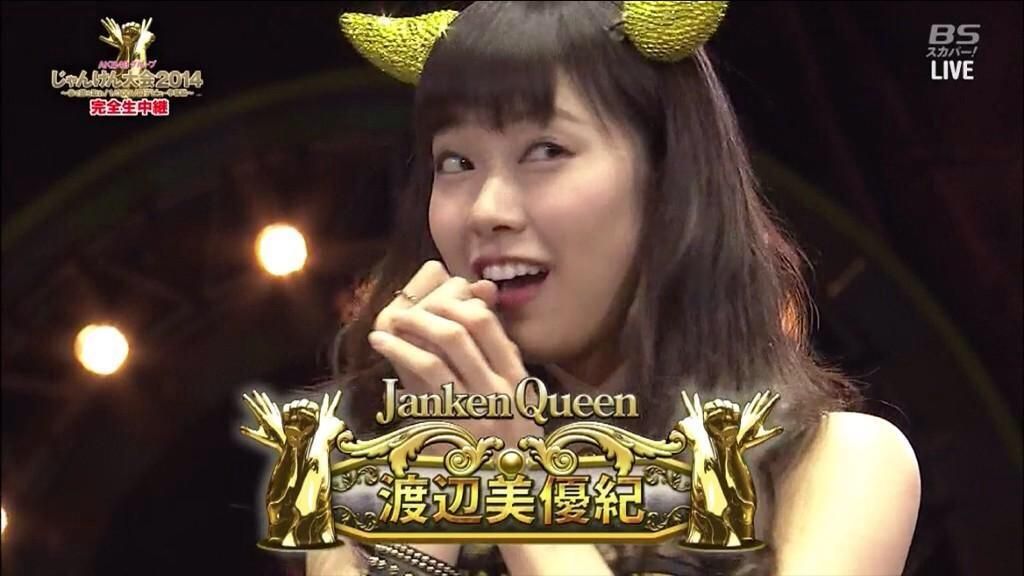 The AKB48 2014 Janken Taikai (rock-paper-scissors tournament) was held earlier today on September 17 at Nippon Budoukan. This year, 113 members participated from all the domestic sister groups: 93 from AKB48, 8 from SKE48, 7 from NMB48 and 5 from HKT48.

Unlike the past Janken Tournaments, this years will not determine the Senbatsu for a new single. This year, the tournament winner gets their very own solo debut, and if they have already debuted, they get a solo concert instead. Runner-ups from 2nd to 16th place win a spot on a coupling song along with the MV on the solo single.

Also revealed at this event are the details concerning the Senbatsu for the upcoming 38th single.