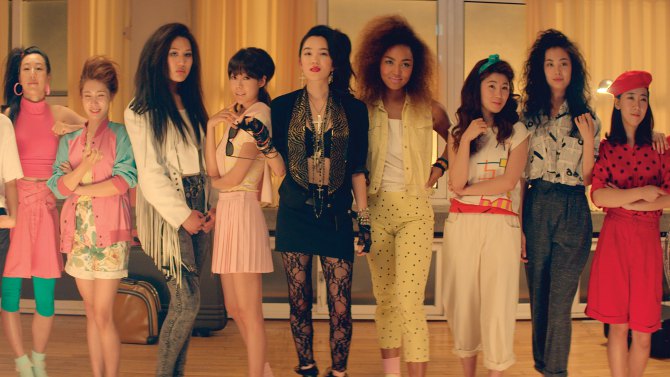 Seoul Searching is an upcoming indie teen dramedy and coming of age film, based on a true story about a Korean summer camp in the 80s.

J-Pop’s very own Crystal Kay, born to an African American father and a Korean mother, plays Jamie, a “gyopo” (a Korean who was not born and/or raised in Korea) amongst an ensemble cast of fellow gyopo who return to Korea to learn about their ethnic origins.

A summary from IMDB:

During the 1980’s, the Korean government created a special summer camp for “gyopo” where they could spend their summer in Seoul to learn about their motherland. While the intentions of the program were honorable, the activities of the teens were not. The program was eventually cancelled after a few years because the government simply could not control the youth.

Crystal hasn’t had many activities in Japan since 2012, but just this year she began to releases a series of digital singles in an effort to explore the US market. She has remained mum about this film, but recently took to her Twitter to share her feelings, “I’m so excited for this movie to come out!!! Thank you for this opportunity [Film Director Benson Lee] @benzonio!! This movie will open so many doors…“

Seoul Searching has a tentative release date of 2015 with hopes of a Sundance debut that will put this film before the eyes of more distributors.