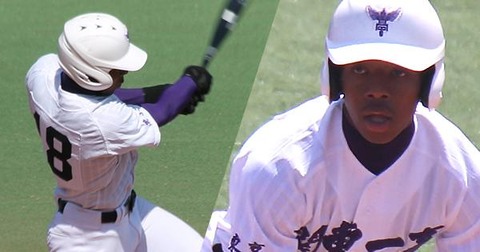 Ariana Miyamoto made news all of over world this year when she was crowned the first ever mixed-race Miss Japan. This caused a great discussion on what it really meant to be Japanese, as well as on race relations in Japan. However, Miyamoto isn’t the only mixed race Japanese person of African descent who is making headlines. Recently, a few mixed race athletes have been gaining a lot of attention not only for their ethnic background, but also for their outstanding talents.

Okoe Rui was born to a Japanese mother and a Nigerian father. Born and raised in Japan, Rui has recently begun to gain some buzz based on his performance on the baseball field. A third year high school student, Rui is 183cm tall and can run 50m in under 6 seconds. His notable talents include is fast running speeds and batting abilities. Rui has been a presence on sports pages and sports news segments on Japanese television. He has plans to enter the major leagues and is already being scouted.

Abdul Hakim Sani Brown is another athlete already making waves in the track world at just 16 years old. Born to a Ghanian father and Japanese mother, he has competed around the world representing Japan and has many gold medals under his belt. Recently in July he won two gold medals in the 15-19 IAAF World Youth Championships. He is no stranger to major press attention in Japan and worldwide. The future has much in store for this promising young athlete.

High school volleyball player Miyabe Airi is half-Japanes half-Nigerian and is a standout in her sport not only because of her tall height of 181 cm and her appearance, but also because of her dynamic skills on the court. A native of Hyogo, Japan, she made her international volleyball debut in Thailand and is currently playing for Kinrankai High School. She was even called to play for Japan’s National Women’s Volleyball Team, being one of the youngest to do so.

Just like Miyamoto, these young athletes may have to face many hurdles in the future due to their ethnic heritage. In an interview, Okoe himself spoke out about discrimination, saying that Japan still has racism and that there are times that he felt he was treated different because of the color of his skin. One thing is for sure, they all are talented in their respective sports and appear to be on the road to flourishing athletic careers.