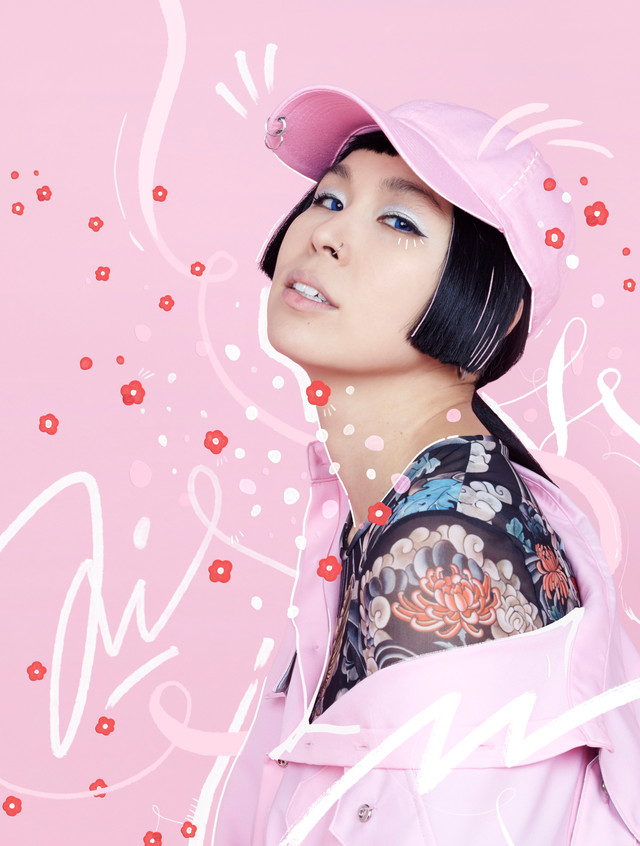 On June 7, AI will release her new album, “Wa to Yo.” This is her first studio album since 2013’s “MORIAGARO.” “Wa to Yo” has the concept of Japan versus the West, and is split across two CDs, one in Japanese and the other in English.

The “Wa” CD, the Japan-themed one, features ten songs, including “Saigo wa Kanarazu Seigi ga Katsu”, which serves as the theme song for the second season of the TV Asahi drama “Kinkyu Torishirabeshitsu.” Also featured on this disc is the CM song for the fashion brand GLOBAL WORK, “FEEL IT.”

The “Yo” CD, the Western-themed disc, contains seven songs. Of note is the song “Right Now”, a collaboration with problem child Chris Brown.

AI recently released the music video for “Saigo wa Kanarazu Seigi ga Katsu.” It was directed by British artist Kate Moross, with the theme of an 8-bit video game, reflecting Japan’s legacy in video games. Moross also designed the album cover for “Wa to Yo”, with the theme of Japan as seen from overseas. Check out the video below, along with more information on AI’s new album!