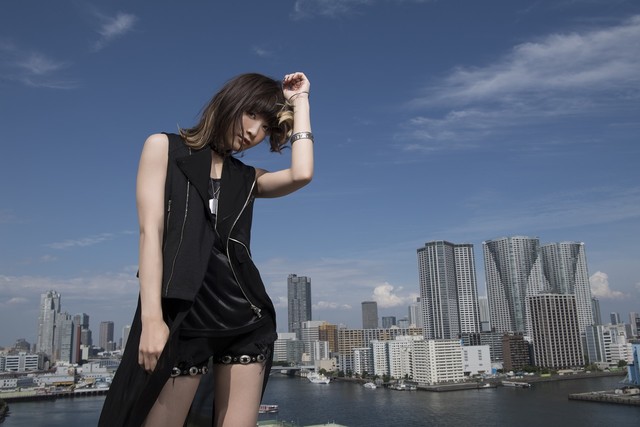 In celebration for the 30th anniversary of popular game series “Street Fighter”, May’n is here to deliver some nostalgia as she covers “Itoshisa to Setsunasa to Kokoro Tsuyosa to”. The hit song from the 1994 “Street Fighter II MOVIE”, was originally performed by Ryoko Shinohara with t.kumuro. This time around, the track will be produced by JUVENILE, known for his involvement with Radio Fish‘s “Perfect Human”. The new cover will be used in “Ultra Street Figher 2”, for the Nintendo Switch.

Watch the trailer and discover more details about the Switch!

Previous reports provided images of the new system. Since then, additional details have been released. The new gaming system will be released on March 3rd 2017 for $299.99 (USD). The Switch offers options for portability, detachable split controllers, a separate Joy-Con Grip accessory, and a television-connecting dock. Boasting a 2.5-6 hour battery life and the ability to connect up to 8 consoles, the Switch is an interesting hybrid, infusing portability with the traditional console system.

In addition to the new Street Fighter game, there will be many more titles available to play, with an estimated 80 titles currently in development. Other games to be released include Super Mario Odyssey, The Legend of Zelda: Breath of the Wild, Sonic Mania and Fire Emblem Warriors. The games will not be region locked and can be enhanced through an online communication service, allowing players to invite, chat, and make appointments. The service will start charging fees, beginning fall.