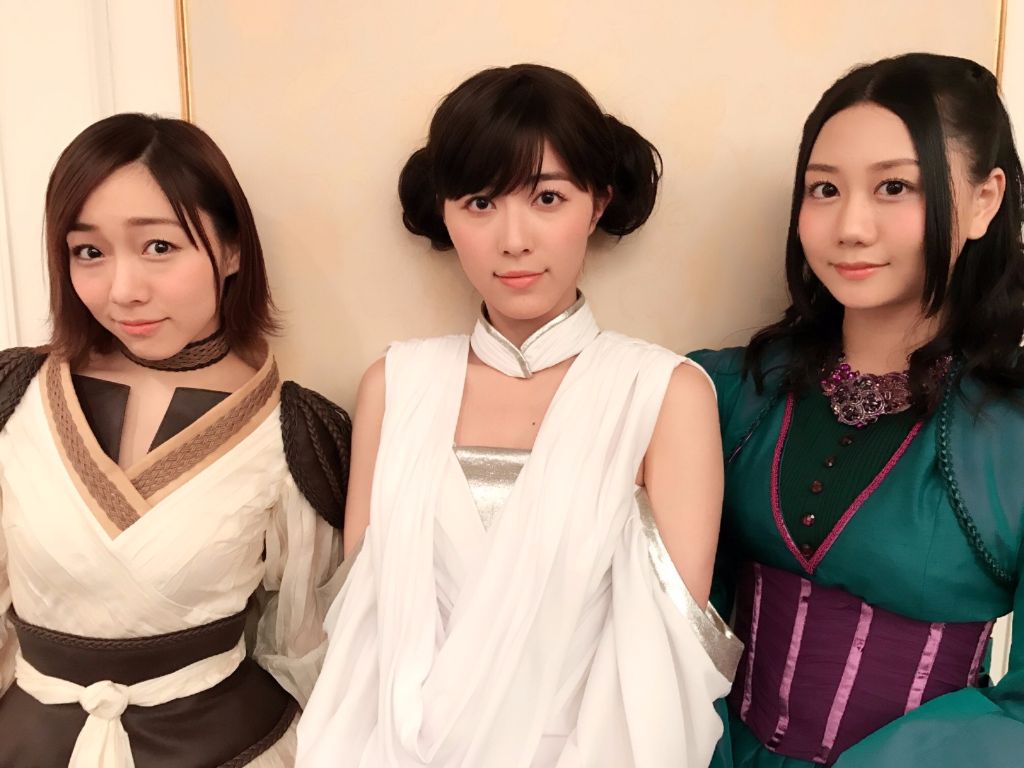 With Disney’s record-setting “Star Wars” reboot starting with “Star Wars: The Force Awakens” this time last year, a revival of international interest for the series has blossomed. A press conference was held today to announce the upcoming “Star Wars Exhibition Visions: Continuing the Creative Vision Towards the Future” to be held at Nagoya Castle from February to April 2017.

Appearing in a costume inspired by Princess Leia, SKE48 member Matsui Jurina acts as the exhibition’s ambassador. When asked about her costume, Matsui responded, “I’m super pleased [with it]! I want to wear this costume for a SKE48 stage to show it off to all of the fans!“

Additionally, she was joined by fellow group members Furuhata Nao and Suda Akari. Suda Akari noted that wearing her “Star Wars“-inspired costume is very humbling, as her father is a huge fan of “Star Wars” and she saw “Star Wars: The Force Awakens” with him last year.

Check out a press video and pictures below.

Furuhata Nao: “It’s my first time wearing a princess costume like this, so I feel delighted.“

The “Star Wars” franchise takes a couple notes from Japanese culture, with the creator George Lucas being strongly inspired by bushido, the Japanese term for the samurai way of life, loosely analogous to the concept of chivalry in Europe. Because of this, Nagoya Castle was chosen as the venue due to its status as the heart of one of the most important castle towns in Japan during the Edo period. The exhibition expects to see around 700,000 people throughout its duration.

Around 100 original artworks from artists around the world inspired by “Star Wars“. Additionally, 50 items including concept art, costumes and props actually used in the film productions will be displayed, as well as a variety of materials to be projected on screens.

The year 2017 commemorates the 40th anniversary since the release of the first installment of the original Star Wars trilogy “Star Wars“, later retitled “Star Wars: Episode IV – A New Hope“.

The film “Rogue One: A star Wars Story” hit cinemas worldwide on Friday December 16. This new chapter of the “Star Wars” spin-off tells the tale of a group of rebels on a mission to steal plans for a giant weaponized satellite called the Death Star.