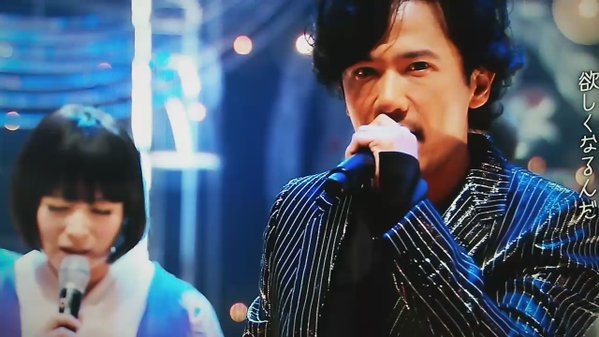 Last night Shiina Ringo appeared on variety show SMAP x SMAP where she performed her 2015 single “Seishun no Mabataki“. Ringo has been known to have worked with SMAP in the past and has written two songs for them, Karei Naru Gyakushuu and Manatsu no Datsugokusha. This is the first time she has appeared with them on the stage (and no doubt the one and only time given SMAP x SMAP ending on December 26), where they provide backing vocals and dance moves. Watch below~

Shiina Ringo will further appear on this year’s Kouhaku where she will be performing the same song, but in what can only be assumed is going to be a new arrangement, called “Seishun no Mabataki -FROM NEO TOKYO 2016-“.