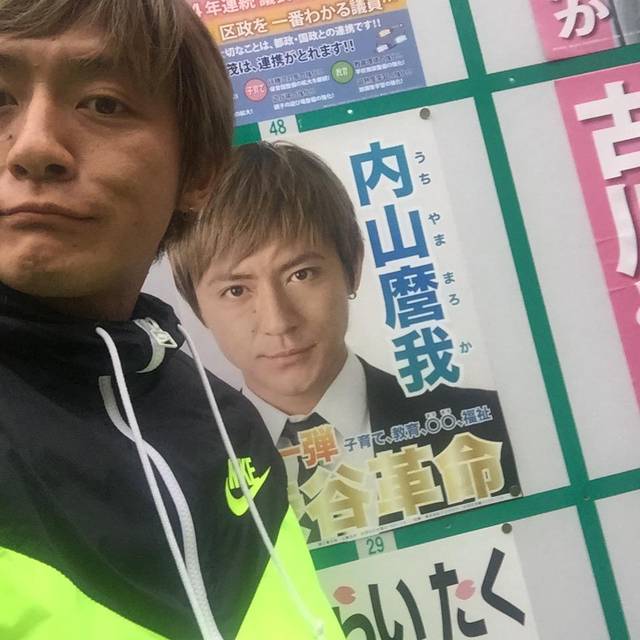 Maroka Uchiyama, ex-boyfriend of Ayumi Hamasaki, is a man that wears many hats. Dancer, singer-songwriter, actor, model, farmer, and now politician. Maro is running for political office! He is looking to fill one of the spots on the city assembly of Tokyo’s Shibuya Ward. He is an independent candidate, meaning that he has no affiliation with any political parties. He aims to transform Tokyo. He wants to make the people of Shibuya happy. He also wants to give the youth a voice, a voice that he feels is missing from Japanese politics. Maro also promised fans that he will not let his political career get in the way of music career. His debut album “FAKE” is out May 6.

The election takes place on April 26. Maro is out on the streets, making sure that his message is heard. Check out videos of him on the campaign trail after the jump!

The car he’s campaigning in: