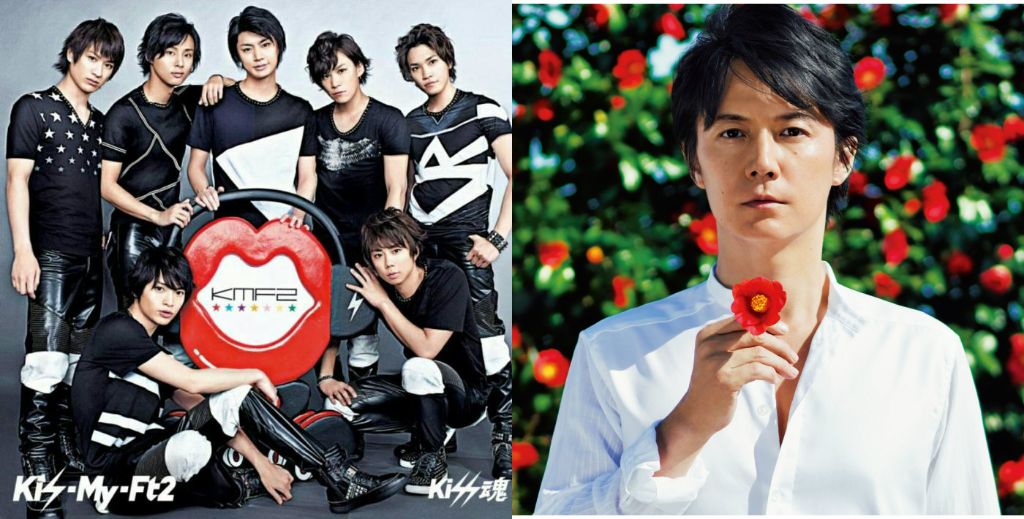 Hello AramaJapan readers and welcome to this week’s installment of #1 Song Review! Last week saw Nogizaka46 come out on top against Hazzie and whiteeeen. This week we have 2 new competitors. Find out what various staff members thought of the songs that topped the physical and digital charts this week and share your thoughts on them too!

Good God, do I hate this… I swear out of all the Johnny’s groups, Kis-My-Ft2 may have some of the very worst music. This song tries to come off as cool and fresh, but it just sounds dated as all hell. It’s a very passe idea of cool. It also reminds me of Maroon 5 in parts, like one of their upbeat, rockier songs (and that’s not a good thing). I also don’t like this psuedo-rapping in the song. It’s cheesy. They would’ve been better off just singing the song. It’s like they’re trying to be super butch and bad ass and it just falls very short of the mark. It gets nowhere near it. And then that break into a typical Johnny’s song at the prechorus… It’s jarring. One thing I really didn’t like about this song is how loud it is. Around the chorus, it sounds like Kis-My-Ft2 is drowning in the instrumental. This leads to them shouting to be heard and it results in one big mess. This song is just one big NO. 1/10

Now this is a nice song. It’s nothing groundbreaking, it’s nothing all that unique, but it is nice. It’s a well done piece of music. It’s very comforting. Masaharu’s voice is great on this. It’s so rich and emotive. The instrumental to this is interesting. It reminds me a lot of a military march, which actually is a bit unique when you think of it being used in the realm of pop music. There’s an understated grandness to this, if that makes sense. 7.5/10