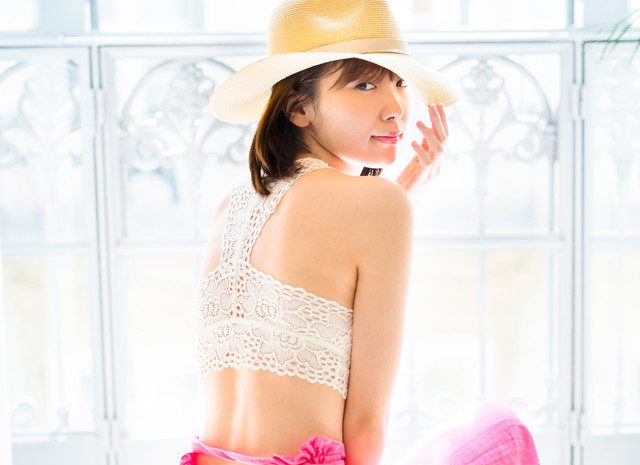 Actress and model Marie Iitoyo will release her first photobook in January 2018, according to Natalie. The photobook, titled ‘NO GAZPACHO’, will go on sale on her birthday, 5th of January.

Iitoyo commented that the soft-cover photobook will show the fans her current self. As is usual for photobooks by female celebrities, Iitoyo’s book will include underwear and swimwear shots. The photobook was shot in Andalucia, Spain. It is up for pre-order on Amazon for a little over 2,300 yen.

For the past few years, Iitoyo has steadily been bulding up her career. In 2016, she had a supporting role in a Mirei Kiritani -led romance drama ‘Sukina Hita ga Iru Koto’. Same year she starred ‘Mars’ alongside Masataka Kubota and Taisuke Fujigaya. In 2017, she has already starred in two dramas: summer season saw her in ‘Maji de Koukai Shitemasu’ as an university student wanting to learn how to navigate ships, and in October she played a girl getting aqcuainted with compensated dating in ‘Papa Katsu’. She also appeared in ‘Kirawareru Yuuki’, a detective drama starring Karina and Shigeaki Kato.

Despite having been busy, she has also found the time to film ‘The Crimes That Bind Us’, Katsuo Fukuzawa‘s new crime thriller set for a January release.

(Via Natalie. Photo: NO GAZPACHO)