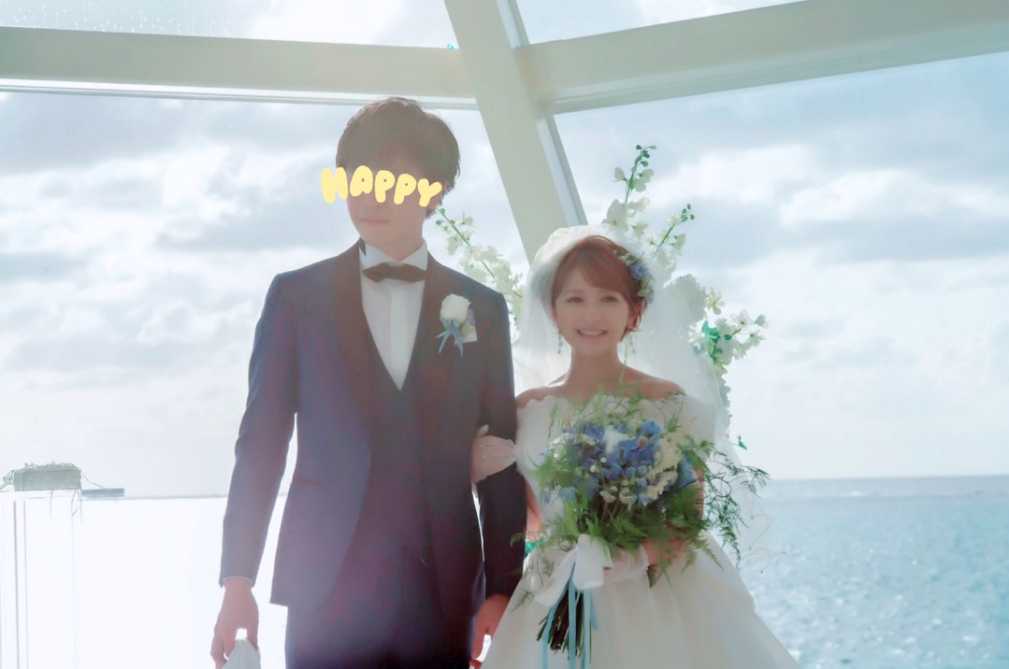 Last year it was rumored that former Morning Musume member Mari Yaguchi was gearing up to get married again for the second time. Her boyfriend is a former model who now works outside of the entertainment industry.

She finally made things official, as the two wed in Okinawa on March 26th. Mari is 5 years older than her husband, she celebrated her 36th birthday back in January. The news was confirmed today on her official blog.

Mari was thankful for the warm weather, happily surrounded by relatives and friends. Okinawa was picked as the wedding location due to it being a very memorable and romantic destination for couples.

She then went on to confirm some more exciting news, she’s currently pregnant with her first child! Recently entering the “stable” period of her pregnancy, the former minimoni member stated “I have a new life in my stomach and will give birth around the end of summer!“

Mari and her husband have not found out what the sex of their baby will be. She closed by thanking fans for their support. This seems to be her happy ending, as Mari has been a constant tabloid target ever since her relationship with actor Shun Oguri, and then with Masaya Nakamura which ended in disaster.