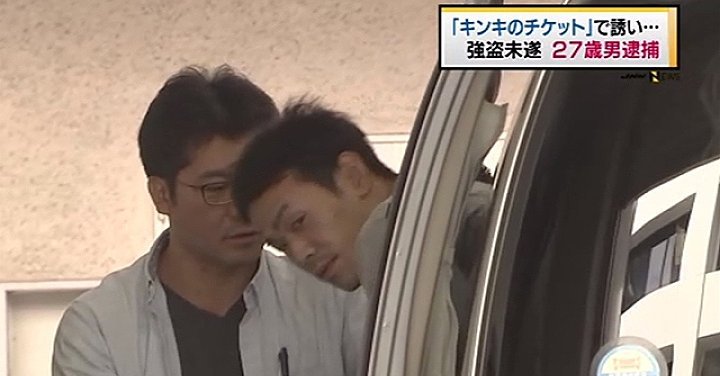 Tokyo Metropolitan Police have arrested a 27-year-old man who lured a woman out to meet him by falsely claiming to have concert tickets for sale in order to rob her.

On September 22, Narumi Adachi allegedly met the woman (43) on the street after he posted an advertisement online in which he falsely claimed to be selling tickets to idol group Kinki Kids, consisting of Koichi Domoto and Tsuyoshi Domoto under the talent agency Johnny & Associates.

As he brandished a knife at her, the suspect Adachi showed the woman a text message on his phone in which he wrote out: “hand over your money if you don’t want to get stabbed”. The suspect then grabbed her purse, but dropped it after the woman screamed. He left the scene empty-handed.

Police tracked down the suspect via a phone number provided by the victim.

Adachi, who has been charged with attempted robbery, admits to the allegations made against him: “I was having money troubles”.

Be care who you meet from the Internet, kids.