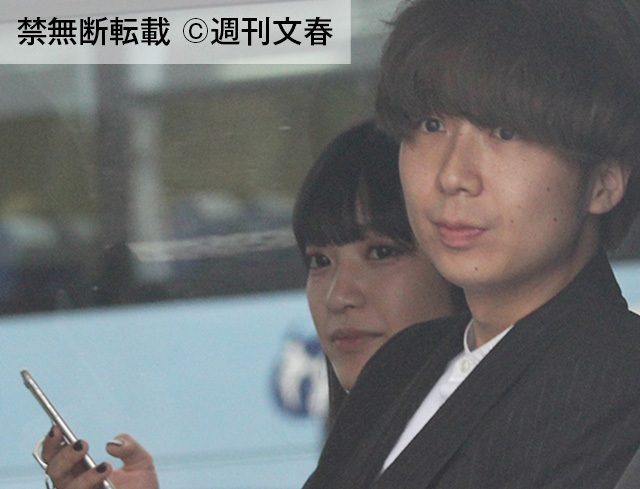 It has been announced that actress Honoka Rin has been removed from her regular appearances on NHK edutainment show “R no Housoku” after being caught drinking underage.

And last week, she pulled out of stage play “Luna Rossa,” scheduled to start on Oct 13, citing “various reasons“.

It seems this news is coming to light following a report from gossip tabloid Shuukan Bunshun earlier this week revealing Honoka Rin (19) and notorious career ruiner Kawatani Enon (27) are the industry’s latest couple.

This past week the couple spent a romantic getaway to Tochigi Prefecture, staying for two days and one night to pick pears and enjoy the hot springs. And with her active job count dwindling as the weeks pass, she suddenly has a lot more time for some more fun activities with him.

The couple met at a bar called “P” in Sangenjaya, an old Tokyo neighborhood close to downtown. The thing is Japan’s legal drinking age is 20, and Honoka Rin shouldn’t have even been at a bar, not to mention the sort of press that will come after the reputation Kawatani has acquired for himself this past year. It’s no surprise this relationship has resulted in some backlash from the agencies she works with.

The tabloid contacted both of their management agencies, with only Kawatani’s responding—confirming the two are a couple and currently sort of living together.

Kawatani Enon’s love life the past year has been highly publicized by Shuukan Bunshun; his affair with talent Becky essentially overshadowing his music career as vocalist of Gesu no Kiwami Otome and Indigo la End.

From what it looks like, it doesn’t seem like this new relationship is off to a good start with the press.