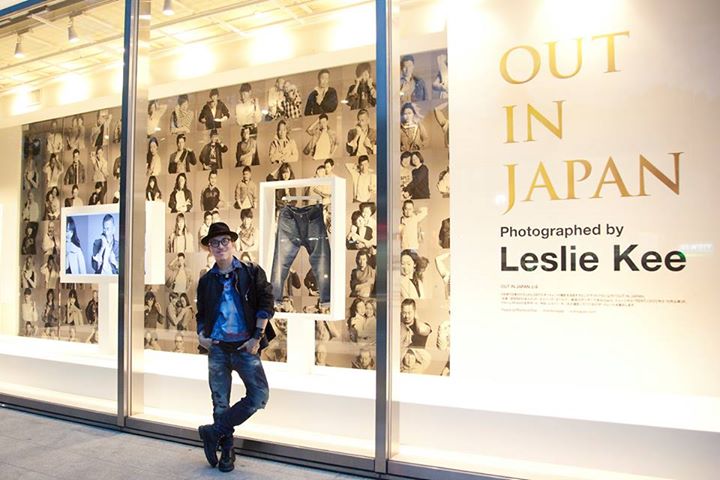 Renowned photographer Leslie Kee has photographed many celebrities over the course of his career. Ayumi Hamasaki, Koda Kumi, EXILE, Jennifer Lopez, Beyonce, and Lady Gaga are just some of the names he’s worked with. Now, he’s turning the camera on a different group of people. The Singapore-born photographer recently did a shoot with 111 LGBT people living in Japan, ranging from teenagers to senior citizens. This project is called “OUT IN JAPAN.” Over the course of the next 5 years, he hopes to shoot 10,000 LGBT people. It is estimated that 5.2% of the Japanese population is LGBT. However, only 5% of Japanese people say that they know someone who falls in this group. In most Western countries, 60% – 70% of people say they know someone who is LGBT. With this project, Leslie hopes to show Japanese people that LGBT people are among them, even if they don’t know it. It’s all about increasing visibility, and in effect increasing rights for LGBT people.

Leslie, who is openly gay, gained courage, by shooting these people who too are openly LGBT. From his travels in the West, he has experienced LGBT people being accepted and treated as normal people. He doesn’t understand why the same can’t be done in Japan, seeing as how Japan is a more secular society compared to other Asian countries. He thinks that it stems from ignorance of LGBT people, hence the “OUT IN JAPAN” project.

The Harajuku flagship of GAP has partnered with Leslie to exhibit the work from this project. The exhibition opened on April 21 and will continue til April 28.

Check out photos from the project and a behind the scenes video of the shoot after the jump!