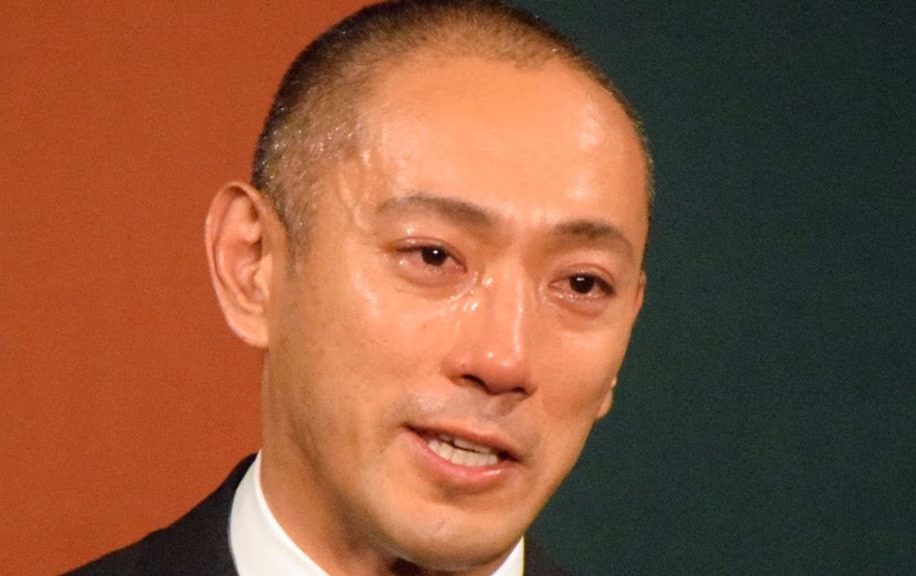 Last night, it was announced that popular TV news presenter Mao Kobayashi had passed away after a long and publicized battle with breast cancer at 34-years-old.

Her husband, leading kabuki actor Ichikawa Ebizo, held a news conference today after a performance at the Bunkamura Theater in Tokyo to talk about the passing of his late wife–his last moments with her, how their children are handling it, and the lessons we can learn from Mao’s experience.

About their last moments with Mao:

Since I was working yesterday [performing on stage] followed by a photo shoot and rehearsal, her mother and sister Maiya were taking care of her. Her mom messaged me on LINE saying, “Her health is worsening. A doctor is coming. I’ll call the family.” When I hurried back home, she was still with us. She was able to talk until the day before yesterday, but then was no longer able to communicate.

It was a truly wonderful story. On her last breath, she looked at me and said “I love you.” And with those words… she left. I knew that I was loved so much. She loved me until her last moment. Yesterday, I was inconsolable and wasn’t ready to face the world yet.

About taking care of Mao at home:

It was what was best for her. With her parents, sister, my brother and our kids nearby, we spent our time together happily. It felt a lot different from when I went through the experience of my father passing away in the hospital. The time we all spent together as a family is truly irreplaceable.

On how Mao lived her live:

With her smile, courage, love, her confidence, and no matter the situation, she was always considerate of others. She was so full of love. Despite her illness, her strength pulled her through until the end. She talked with a smile up until the day before yesterday. Yesterday her health worsened, but it happened so suddenly that our family knew something wasn’t right.

Reika didn’t leave her side yesterday, saying “she’s always sleeping” as she laid in bed. I think she knows what happened now. Kangen, I know there are parts he doesn’t understand. This morning as well, they both rubbed their faces against Mao’s in the spot where Mao had rested, touching her feet and holding her hands. Seeing this, I realize that this is something I will have to deal with in the future. Kangen, he knows, but he does not understand yet.

On lessons to learn from Mao:

She wanted to spread awareness of breast cancer and related illnesses by way of her own experiences. She wanted to help others that were struggling, and that’s why she started blogging. Thanks to that, her story became public and she was extremely grateful for that. She wanted to share her experience, both her sorrows and joys. There is something to be learned from this; Moving forward, we should continue to spread love.

On the future of their family:

It’s difficult to put this into words. I will continue working on stage, and my son is training for a performance on stage next month, and I worry about Reika and the absence of having a mother figure in her life. Since they are still 4 and 5 years old, the loss of a mother is huge. I’m no substitute, but I’ll provide them with everything I possibly can.

In any event, a lesson I recall when her sister Maiya got a little sick, or, for example when I’m tired from working, I reminded myself Mao herself was dealing with a lot more serious problems. When her mom was with when I couldn’t be, I felt guilty. It’s not words she told, but her teachings rather to consider the feelings of others. That’s the biggest thing [she taught me].

On what kind of wife Mao was:

I don’t know…she changed me, isn’t that what a wife is for? In my wedding proposal to her, I told her “Let’s stay together in the next life and the life after that,” and I will do just that. That’s the discussion we had. Mao was delighted.

To people who have been encouraged by Mao’s blog:

I think those who were encouraged by Mao’s blog are the reason why we’re here today having this conversation [about cancer], and I think she would be pleased about that. To whose who supported Mao during her struggle, her legacy will live on within all of us. Thank you for everything.