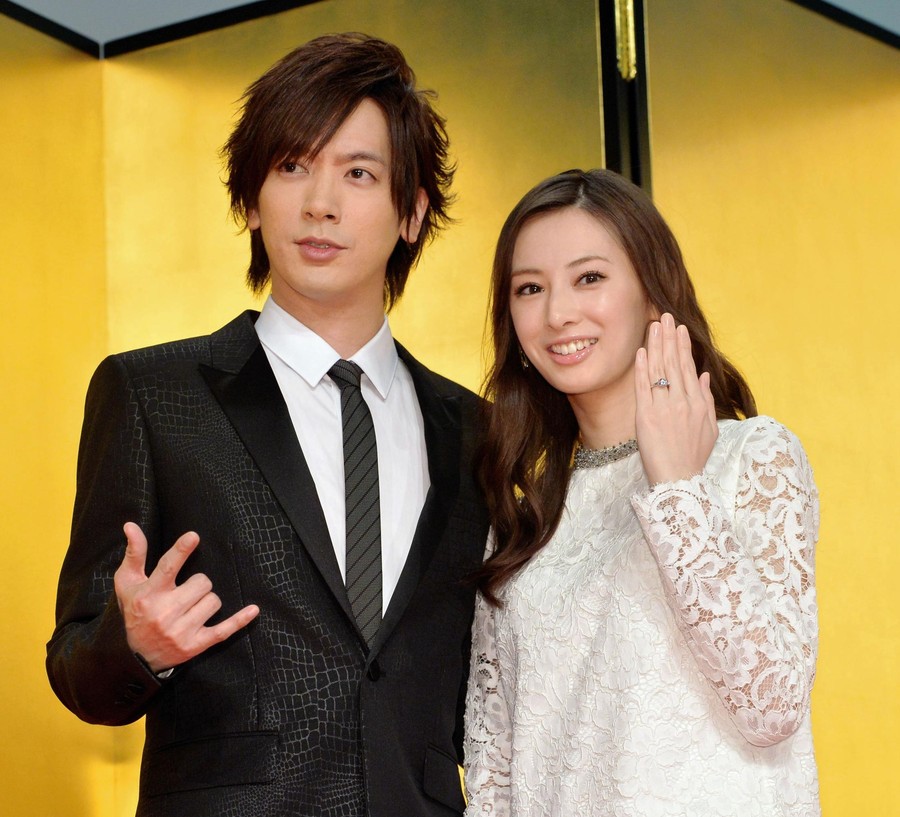 Today, Kitagawa Keiko and DAIGO announced that they have been married. The couple’s intentions to marry were reported on last fall. On her official site, Keiko released a statement reading, “There is a personal matter that I would like to tell everyone. I, Kitagawa Keiko, married DAIGO, today, January 11.”

DAIGO also announced the marriage on his blog. DAIGO wrote that he wanted everyone to hear the news of his and Keiko’s marriage from their own mouths, and that he is very pleased about the marriage. He continued by saying that he wants to build a happy, solid home with her that will bring them much joy in the future. DAIGO and Keiko will support each other in their careers, and DAIGO promises to do his best in the future.

We here at Arama! Japan wish Kitagawa Keiko and DAIGO the best on this joyous occasion!

The header image has been updated with a photo of the newlyweds at their marriage press conference, which can be seen below.