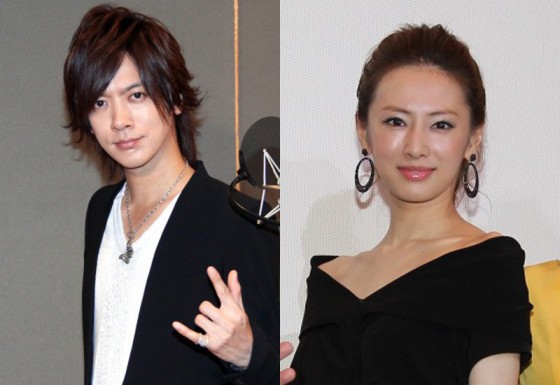 On October 7, it was discovered that the actress Kitagawa Keiko (29) and the talent Daigo (37) will get married in January of next year. The length of their relationship has been about a year and a half. Daigo proposed on Kitagawa’s birthday August 22, right before he ran Nihon Terebi’s “24 Hour TV” marathon. For the sake of starting off fresh in the new year, they chose the beginning of January for the wedding date.

Daigo proposed right before the “24 Hour Terebi” marathon. Because he was to run the marathon on Kitagawa’s August 22 birthday, he threw a birthday party beforehand. Kitagawa rushed over to support him, but what was waiting for her was the surprise of her life. While the excitement of celebrating her birthday still swelled, Daigo expressed that he wanted to spend his life with her, and there she gave her OK.

During the May interview where he decided to take the challenge of running the marathon, Daigo said, “There are some people who consider finishing the race to be the best present, but I want to properly prepare a birthday present.” He decided to give the person he loved the most the present of a proposal.

Before the proposal, Daigo went to personally greet Kitagawa’s parents to ensure the future. Kitagawa also went to meet Daigo’s parents after the marriage was decided. Last month on the 26th both families met. At the final performance for the BREAKERZ, the band that Daigo fronts, Kitagawa went with Daigo’s sister and mother and talked with them in the green room.

The day that the couple chose to get married is in the beginning of January. A friend explained, “They are thinking that they want to start the year off fresh.”

The two met when they co-starred on the 2011 drama “Lady.” They hit it off during a variety program in January of last year, and that Spring they began a relationship. Last November Sponichi reported their relationship.