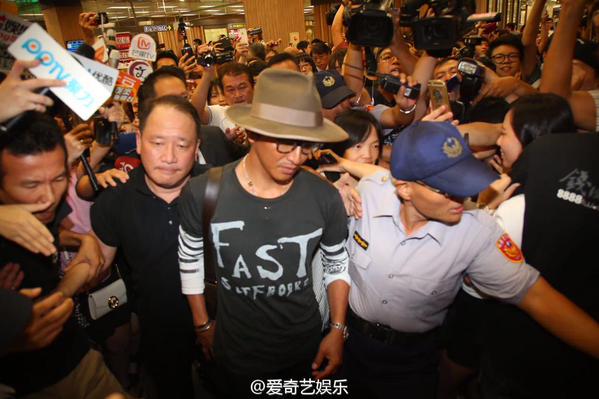 Japanese drama king Kimura Takuya arrived in Taiwan yesterday for the first time in his 28-year performing arts career. Hundreds of fans greeted the top Japanese pop idol as he arrived on his first trip to Taiwan.

Tourism Bureau officials said the Japanese singer-actor would feature in a promotional film, confirming the Internet rumors started on Friday night. According to bureau officials, Kimura is in Taiwan at the invitation of Hong Kong director John Woo, who is to direct the bureau-funded film.

Kimura emerged in the Songshan Airport lobby at 8:38 p.m. yesterday in a hat and thick-framed glasses, appearing happy to greet fans that had flocked to meet him. He told local media that the trip marks his first time in Taiwan, as well as his first time collaborating with Woo.

“Kimura appeals to both middle-aged white-collar workers and young professionals who make up the largest number of Japanese tourists to Taiwan,” he said.

The film is about food and culture and is to be shot over two days, Liu said, adding that “even we are not sure” about the details.

Ko Fu-hung of Asia Plus Broadcasting Ltd has been given authority to communicate with Kimura’s Japanese managers, Liu said. Due to a confidential agreement, filming dates, location and content are all secret, he said, adding that a similar model had been used during earlier visits by Masaharu Fukuyama and Sachiko Kobayashi with film-making details publicized post-release.

When asked why Kimura’s arrival had been exposed, Liu said that despite a guarantee of strict discipline at Asia Plus, staff might have leaked the news. “Original plans and personnel for the film might be changed to protect the confidentiality of filming,” the tourism official said. Liu said the film could come out by the end of the year in Japan and Taiwanese fans would be able to see it online.

The film, which is to be launched by the bureau, is part of a NT$50 million (US$1.61 million) plan to promote tourism.

The 42-year-old veteran actor is known for a series of hit TV programs including legal drama series “Hero,” and many others such as “Love Generation,” “Long Vacation” and “Beautiful Life.” 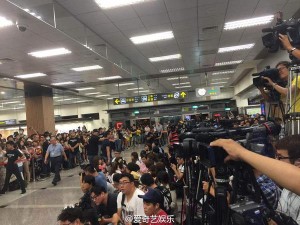 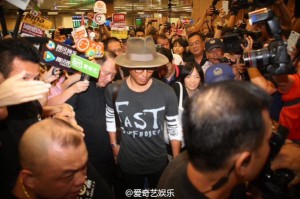 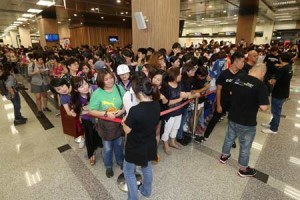