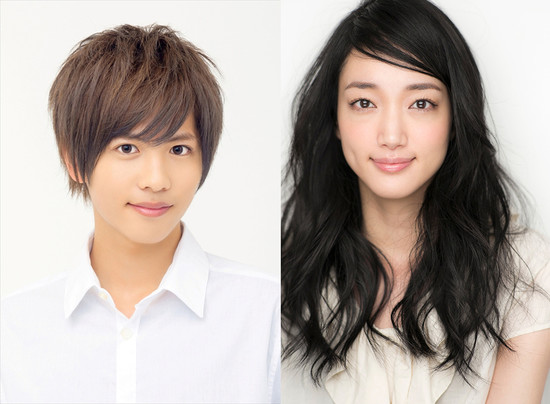 Yayaoi Ogawa’s popular manga Kimi wa Petto which sold 4.2 million copies will be getting a new live action drama after 13 years. Noriko Iriyama (Peter no Soretsu, Akahana no Sensei) stars as Sumire Iwaya, a highly educated and beautiful career woman who encounters a homeless boy on the street who resembles her childhood pet Momo and facetiously offers to take him home as a pet. However, the boy surprises Sumire by agreeing to the proposition. Jun Shison will play as as Momo / Takeshi Goda.

The series is scheduled to air late at night on Fuji TV with 16 episodes. The manga was previously adapted into a 10-episode live-action television series in 2003 starring Koyuki as Sumire and Jun Matsumoto as Momo. It was also made into a live-action Korean film in 2011 starring Kim Ha-neul and Jang Geun-suk.