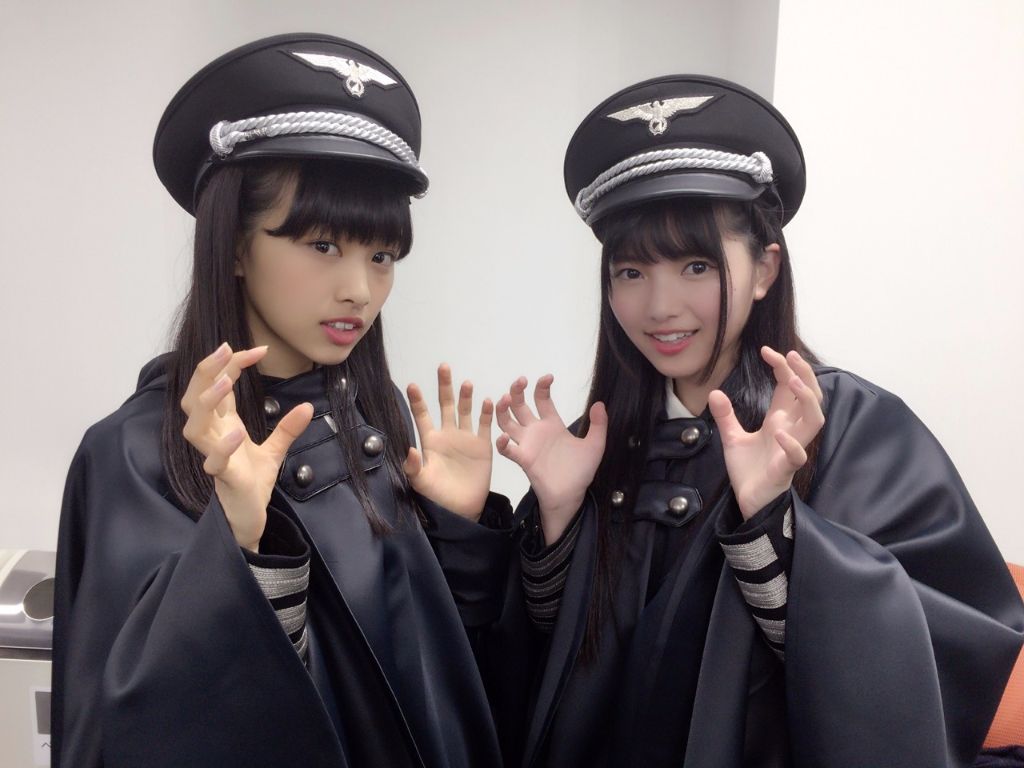 Idol group Keyakizaka46 has stirred up some controversy this past week since their performance last Saturday at Yokohama arena in Japan of which members were seen wearing military-style black capes with wide collars and peaked hats featuring a bird symbol akin to the formal Nazi symbol of an eagle atop a swastika.

While video footage shows fans screaming in adoration of the band, others have taken to social media to share their disapproval of the girls’ choice of attire. Many saw a strong resemblance to the uniforms worn by Nazi soldiers in WW2, sharing pictures of the girls posing in their outfits alongside black and white images of SS soldiers.

Idols in Japan seem to have a long history with representing the Nazi regime, and some thought perhaps the clothing choice was nothing more than a “publicity stunt,” brushing this off as a generic German military novelty costume often seen in anime.

On December 4, 2008, an episode of the Hello! Project edutainment show Yorosen! featuring C-ute members. The episode that caused controversy was during a segment called “The world’s great people!” in which Hitler was affectionately called “Uncle Hitler” by C-ute members, who were also seen to do imitations of him and draw pictures of him. TV Tokyo issued a statement saying the show contained “improper contents based on an insufficient knowledge of history.“

Back in 2012, Tanaka Koki, formerly of KAT-TUN, stirred up some controversy with his PV “Black or White” in which featured the singer dressed in the notorious SS black uniform, used from 1932 to 1934 in Nazi Germany. The SS uniform was worn specifically by people who worked in concentration camps and closest to the Third Reich, and the were known for conducting “medical experiments” on many Jews in concentration camps. The PV featured him dancing in the Nazi garb, while switching between scenes of him being experimented on.

It is widely known that the Japanese were allied with Germany during World War 2. Under a different historical lens, Hitler and the Nazi Party are viewed as charismatic and capable leaders during the war era, and many Japanese are still uneducated on the full extent of the atrocities done by the Axis Powers during the war.

The group’s management have yet to speak out about the comparisons being drawn.