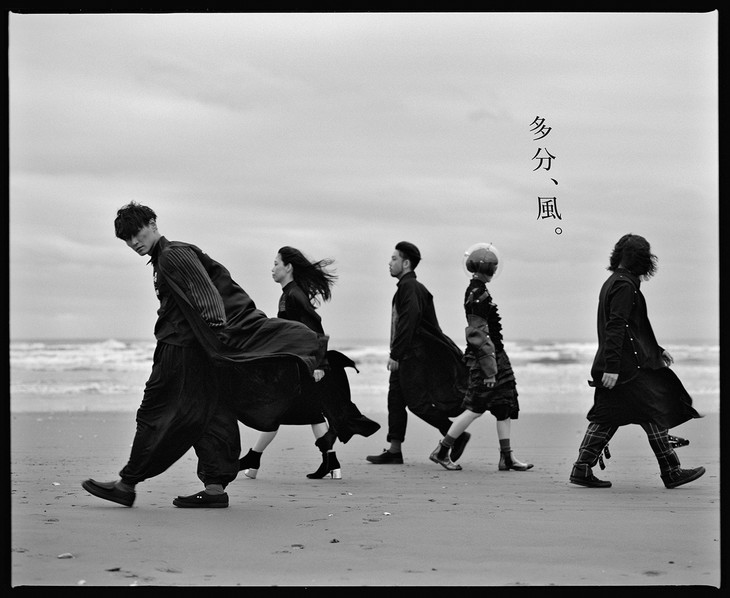 Last week popular electronic rock band Sakanaction released “Tabun, Kaze.“, their first new single in over a year.  While they have already published a teaser for the track’s music video, the group have now made the full version of the PV available for public viewing on their Youtube channel.

The video features a mysterious fashion model dancing around on a desolate beach, the whole affair meant to bring the world of the song’s lyrics to life.  This otherworldly MV was directed by Yusuke Tanaka, one of the band’s frequent collaborators who has previously worked with them on the videos for “Yoru no Odoriko” and “Shin Takarajima”, among others.

You’ll find the PV for “Tabun, Kaze.” just beneath the cut, so feel free to read on and check it out.