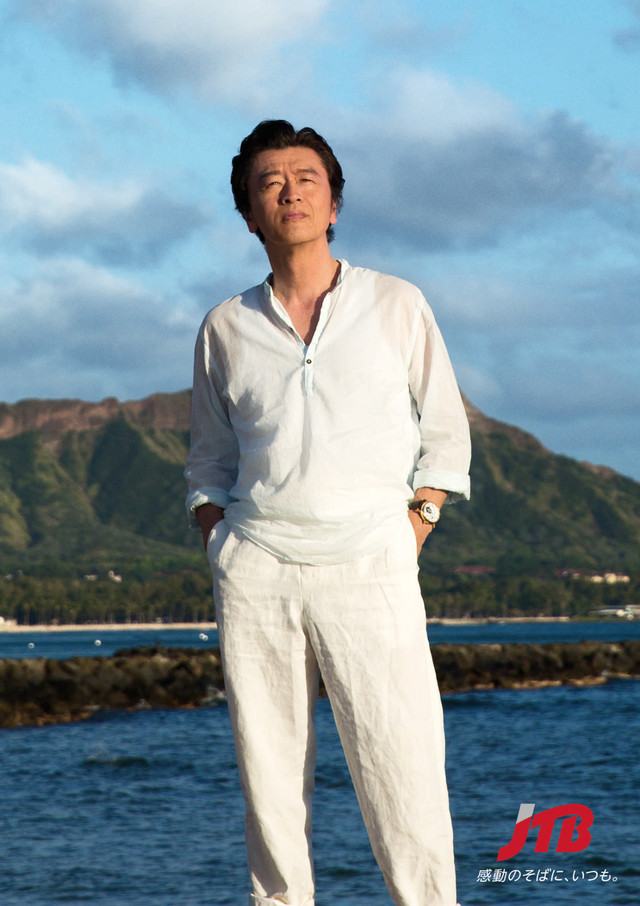 Singer/songwriter Keisuke Kuwata recently revealed that he would be providing his new song “Oasis to Kajuen” as the latest CM track for travel agency JTB.  The commercial in question finds Kuwata wandering around Hawaii and appreciating the state’s many different sights while he belts out the chorus to this rather upbeat tune.

In addition, we’d previously reported that he would be providing the theme song for Spring’s Asadora series, “Hiyokko”.  You can find a snippet of this track, titled “Wakai Hiroba”, in the drama’s opening here.