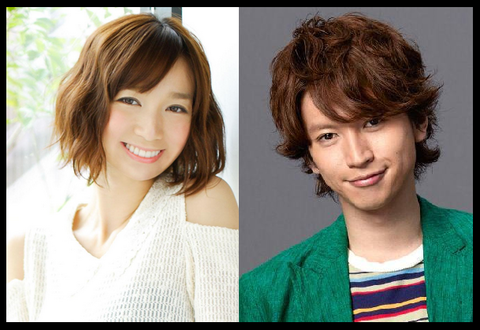 Another Johnny’s dating scandal has arisen! This scandal involves popular Kanjani8 member Okura Tadayoshi and Serina, who was once a member of idol group SDN48. Serina was reportedly seen leaving Okura’s apartment after an overnight date.

According to Yahoo! News: 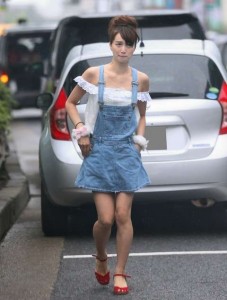 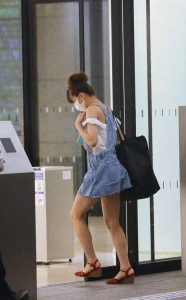 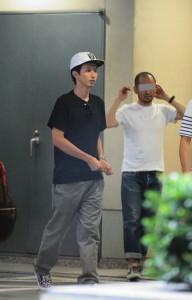 Serina, who made a breakthrough in 2012 as a “Popular Female Character” is currently only a regular on a program called “PON!” and has experienced a massive drop in popularity. In June, she revealed on a variety show that she lived in a luxurious home, causing people on the internet to ask “Even though she’s not working, how is she living in expensive residence?” Recently, it has been said that Serina is living like a heiress, practicing golf regularly and going to beauty spas on a regular basis.

Friday has been reporting the reason behind her luxurious lifestyle. In actuality, Serina has been dating Kanjani8’s Okura Tadayoshi for a year and a half. In the pictures captured in the FRIDAY edition for the end of August, Serina, who was in the middle of shopping for trendy clothing headed for the expensive apartment that Okura currently resides in within the heart of the city. FRIDAY ran pictures of seemingly happy Serina wearing a face mask and keeping watch on her surroundings, approaching the entrance while boldly exposing her beautiful legs.

On a separate day, she wore the clothing that Okura prefers, went to buy groceries at a celebrity frequented supermarket and with a happy face, disappeared into Okura’s mansion, according to pictures supplied by FRIDAY.

Since the broadcast of the of Kanjani8 hosted “24 Jikan Terebi”  ended, Okura has been able to set aside some time, so Serina has been staying over at Okura’s apartment at the rate of one time a week.

Okura  boasts the same level of popular as an ikemen as Nishkido Ryo (29). His  father is the business owner of the popular “yakitori” (fried chicken) chain, “Tori Kizoku.” Okura, who is in possession of a large amount of stock in the company, has quite a bit of money himself.

According to an acquaintance of Okura:

“At first, people around Okura-kun were against the relationship. They said ‘They don’t go well together. There are better girls out there.’ However, even though he was told ‘Not with that woman…’, Okura said “Even if they bash me, I must protect her!’, showing that his love for Serina is deep.”

Their relationship will soon pass the two year mark. The numerous pictures that FRIDAY captured show the flames of love that continue to flare up between Serina and Okura without any regard to the noise of the people around them.

Of course, the two have denied the relationship:

It was reported in the September 26th edition of FRIDAY that Kanjani8’s Okura Tadayoshi (29) and talento Serina (29) have been in a relationship for a year and a half. In the same magazine, pictures of Serina wearing a mask and entering Okura’s apartment were published. On another day, Serina was seen carrying a bag full of groceries while going to visit Okura. Johnny’s has said “There is no truth to the relationship,” while Serina’s agency has said “We have heard that she is one of his friends,” both denying the relationship.