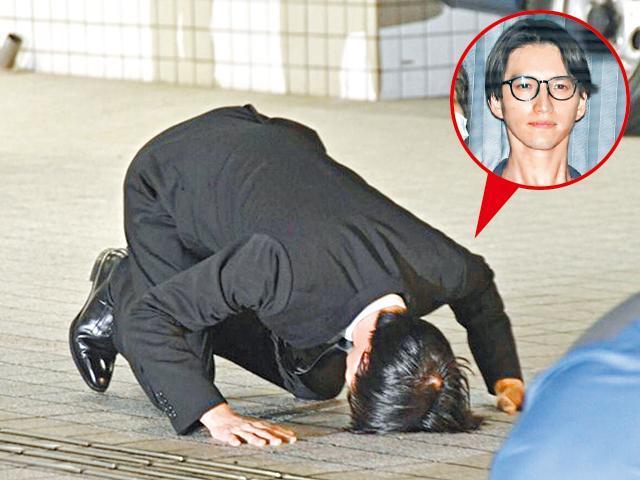 Former KAT-TUN member Junnosuke Taguchi has been granted bail after his arrest for violating Japan’s Cannabis Control Act. In May Junnosuke was arrested at his home in Setagaya, Tokyo. His long-time girlfriend, former actress Rena Komine, also faced charges.

The Tokyo District Court has decided to grant both Junnosuke and Rena bail, they were temporarily detained at the Tokyo Metropolitan Police Department. After the duo were granted release, Junnosuke came out to face the public, and make an official statement for the very first time since his arrest.

Wearing a simple black suit and tie, Junnosuke deeply apologized for all the inconvenience this caused, not only to his fans but for the public as well. He desperately wants to gain everyone’s trust back. Rena did not publicly make a statement, as she currently isn’t active in the entertainment world. Rena currently manages a very successful salon in Tokyo.

After his apology Junnosuke laid with his forehead to the ground for 20 seconds. Watch his apology below:

According to reports from the arrest, Junnosuke had been partaking in marijuana for about a decade. Both Junnosuke and Rena apparently paid around 3 million yen (roughly 28,000 USD) each for bail.