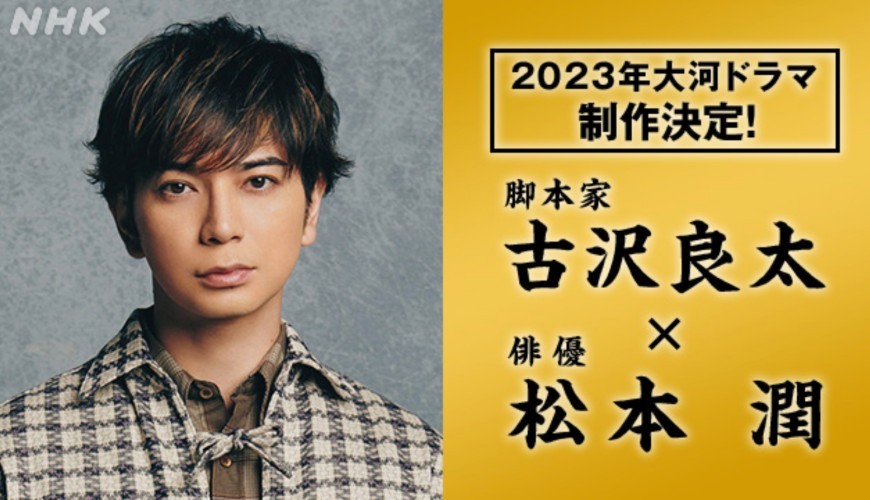 Jun Matsumoto has been cast in the lead for NHK’s upcoming drama titled “Dou Suru Ieyasu“, it will be NHK’s 62nd entry in their series of taiga dramas.

Taiga dramas are an annual year-long historical drama series that first began to air in 1963. The high budget productions have seen a sharp decline in ratings over the years, with the average rating falling below 10% for the first time with 2019’s “Idaten“. Nonetheless it’s still a big event in the Japanese drama world.

The drama will portray the life of the legendary general Ieyasu Tokugawa. Born to a poor, low level daimyo Tokugawa lost his father at an early age after he was slayed in battle. He grew up away from his mother basically leaving him without a family. Unsure about his future, things take a dramatic turn when he encounters the young daimyo Nobunaga Oda.

Fans will have to wait a while as filming is scheduled to begin in summer 2022, the first episode will air in January 2023. Matsumoto agreed to take the role after his group Arashi suspended activities on January 1st, 2021. Matsumoto hopes to find an exciting new challenge with this project.