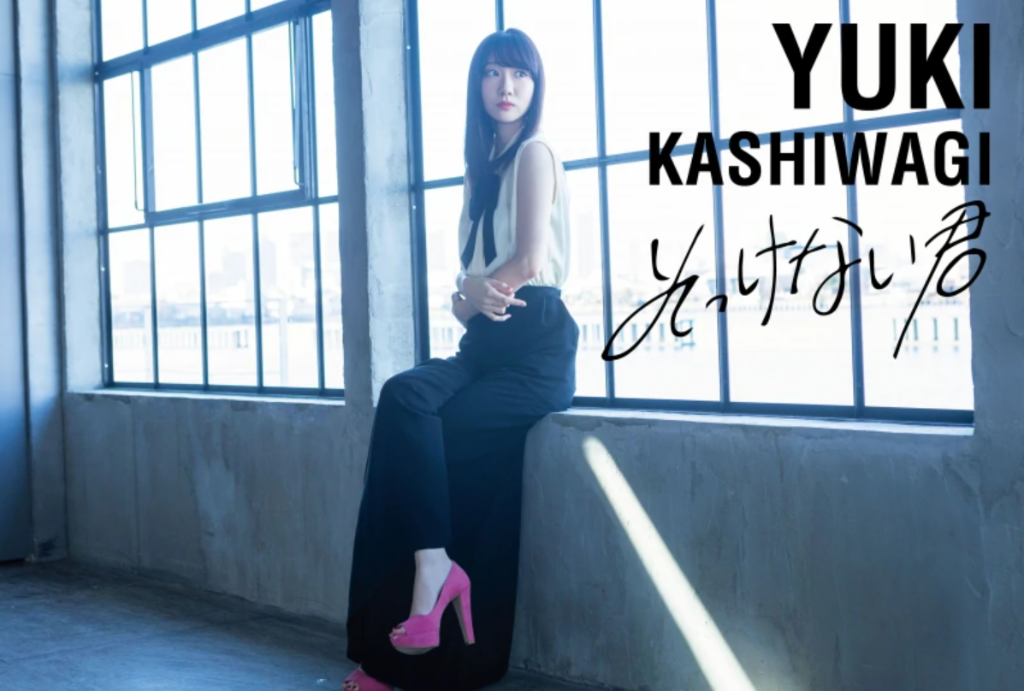 AKB48 member Yuki Kashiwagi delighted fans with the announcement of a new single, her first in over 7 years! Titled “CAN YOU WALK WITH ME??“, for this song she won’t be working with AKB48’s founder Yasashi Akimoto. Instead, she will be teaming up with the founder of the idol collective WACK Junnosuke Watanabe.

WACK is perhaps best known for pushing the “alternative idol” movement, with their most known groups being BiS and BiSH. Described as a “cool emotional song” Junnosuke hopes that fans of both AKB48 and WACK groups will enjoy it, promising to showcase a whole new side to Yuki.

Yuki’s last single “Birthday Wedding” was released back in October 2013, in December 2018 she did release a song called “Sokkenai Kimi” but it didn’t have a standard widespread release. Birthday Wedding, Sokkenai Kimi, and her debut single “Shortcake” were all distributed by avex, but Yuki jumped ship securing a new deal with King Records for the release of “CAN YOU WALK WITH ME??”.

Self described as a lifelong idol, Yuki declared that wants to continue “idoling” more. In July she will celebrate her 30th birthday. “CAN YOU WALK WITH ME??” will be released on March 3rd, 2020.