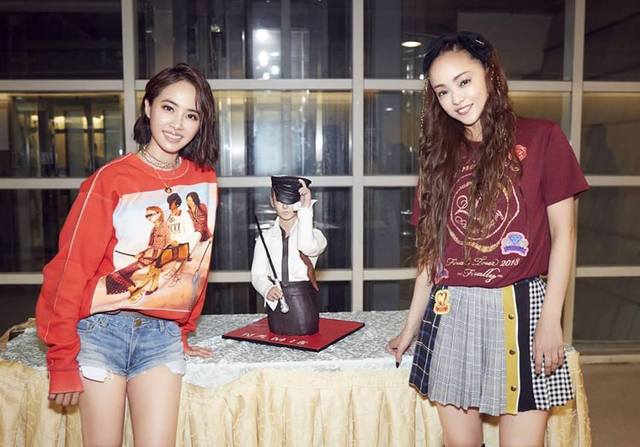 Taiwan’s #1 diva Jolin Tsai has been announced as a guest at Namie Amuro’s final event, and then Amuro will RETIRE.

The event will take place at Amuro’s birthplace Okinawa, and is called “WE ♥ NAMIE HANABI SHOW Eve festival ~ I ♥ OKINAWA / I ♥ MUSIC ~ “. The event will be supported and sponsored by 7/11. An elaborate firework show tailored to Amuro’s music is planned to take place, the venue selected is the Okinawa Convention Center Exhibition Building.

Besides Tsai, other guests scheduled to appear are Ken Hirai and MONGOL800.

Tsai and Amuro have a long friendship, first forming a bond in the early 2010’s. In 2014 they released a duet titled “I’m Not Yours“, included on Tsai’s 2014 album “Play”.  Earlier this year when Amuro performed for the last time in Taiwan, Tsai of course attended the concert and even baked Amuro a handmade cake of herself!

The event is actually taking place on Tsai’s birthday, in a statement she revealed that taking part in this event will be an unforgettable birthday gift and she couldn’t be happier.