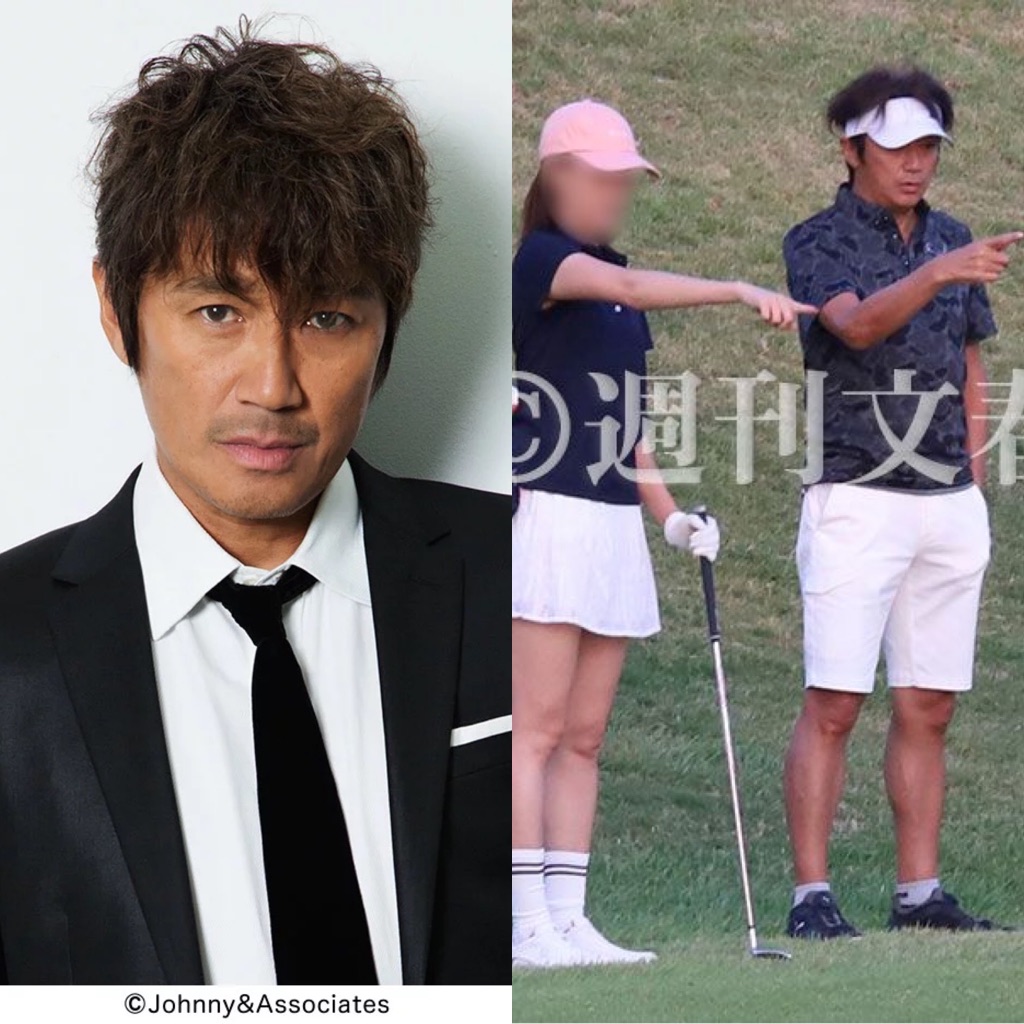 2020 marks the year of veteran Johnny’s member Masahiko Kondo’s 40th anniversary. Unfortunately for him this year isn’t going to end very well. Tabloids have been reporting that Matchy has been cheating on his wife of 26 years for 5 years!

His affair finally began to unravel in October, after tabloids published photos of Matchy and a mystery woman golfing together in Okinawa. They weren’t alone however, as they were playing with two presidents of large companies, and two other younger mystery women. After the game Matchy and the mystery woman were spotted visiting a hotel together.

It’s been reported that the two met at dinner and for Matchy it was love at first sight. She was alleged to already be in a relationship when he began to pursue her.

On November 7th Matchy was directly asked by an entertainment reporter about the alleged affair, but he simply brushed it off saying that he couldn’t talk about it and refused to comment further. Shortly after on November 11th it began to make the rounds on all the news websites. Fans are now very curious to see how Johnny’s will punish their “eldest son”, assuming they even will!

News of Matchy’s affair brought 80s diva Akina Nakamori back into the headlines as well. Both top stars, the two were in a relationship in the late 80s and were seen as many as an “ideal couple”. That came crashing down in the summer of 1989 when Nakamori attempted suicide in Matchy’s home after she found out that he had been cheating on her for 3 years. Luckily she survived, but the injuries were quite serious, to treat the wounds she was in surgery for six hours.

Matchy’s debut single “Sneaker Blues” hit #1 on Oricon in December, 1980. It went on to become one of the most successful debut singles of all time selling over a million copies. After a successful career in the 80s, in the late 90s he shifted his focus from the entertainment industry to become a professional race car driver. In 2005 he began non-sports related entertainment activities full-time again.

In 1994 he married a non-celebrity and they have one child together.