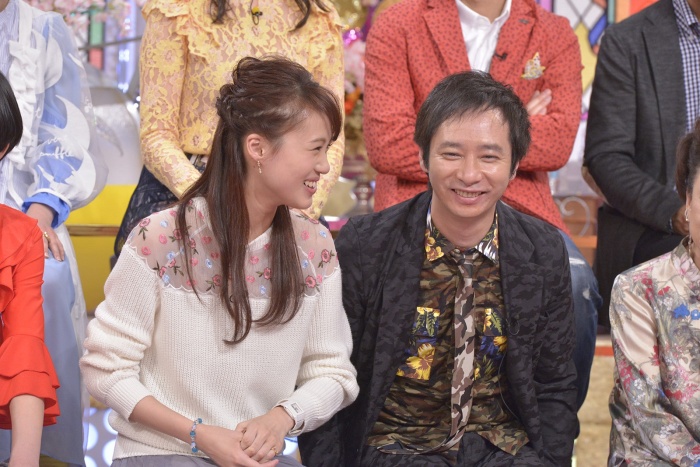 Actor Issei Ishida and his girlfriend, actress Takako Iimura confirmed on a variety talk show ‘Downton DXDX’ that they are, in fact, planning a wedding. On the show broadcasted on March 29, Downton member and talk show host Hitoshi Matsumoto asked Ishida and Iimura about the status of their engagement. Ishida confirmed that the two of them are engaged and that they are steadily moving towards marriage.

Ishida has two marriages behind him. He was married to a now retired actress Emi Miyake (the current wife of Shousuke Tanihara) from 2003 to 2006, after which he married an 11 years younger non-celebrity in 2011. In 2009 he was embroiled in a scandal, when it was revealed he was two-timing Chiharu Kawai, his girlfriend at the time. His father, an actor and a famous playboy himself, Junichi Ishida, had to apologize for his son’s behavior.

Is third time the charm for Ishida junior? He’s still into younger women, that is for sure – Iimura is only 19, meaning she’s over 20 years younger than her soon-to-be husband. In ‘Downton DXDX’ Ishida said that the marriage will take place after Iimura turns 20 years old – that means October this year. They have been living together for six months now.

Not much is known about Iimura. Some blogs have compiled information on her based on her social media accounts: she was born in Kyoto in 1998. She has graduated from high school, and her hobbies include dancing and karaoke. According to another source, she likes watching Takarazuka Revue’s stages from DVD. She’s affiliated with A-LIGHT entertainment agency. She’s mostly been doing theater and CMs so far, with the exception of a 2009 movie “Itsuka, Dokoka De”. Her favourite celebrities include Aya Ueto, Sho Sakurai and various Takarazuka stars.