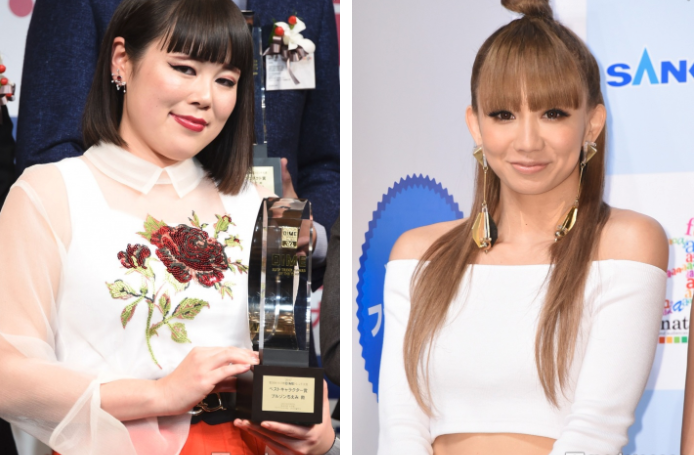 Top female comedian Blouson Chiemi recently posted pictures from one of Katy Perry’s Japanese dates for the international leg of her Witness Tour. In the photos she was joined by a special guest, singer Koda Kumi!

The meeting between the two actually happened by chance, with Kumi calling it a “miracle” in her Instagram post. Kumi casually went to find her seat in the arena only to see that she was seated beside Chiemi.

Both of them seemed to enjoy the show, giving it a good review. Chiemi seemed to enjoy Perry’s performance of Swish Swish, using a basketball emoji in her caption thanking Perry for the concert.

Kumi shared that she originally planned to see the show in England, but scheduling conflicts made her unable to attend. She loved the 80s theme of the tour and was apparently impressed by her live vocals.

The duo posed in front of a Witness tour poster backstage, and Kumi also posted a picture of the impressive looking stage. Reception to the posts was positive, with many of their fans in particular complimenting each others outfits. Kumi went for a more casual, but cool look while Chiemi looked “luxurious” as usual.

Check out the photos below!