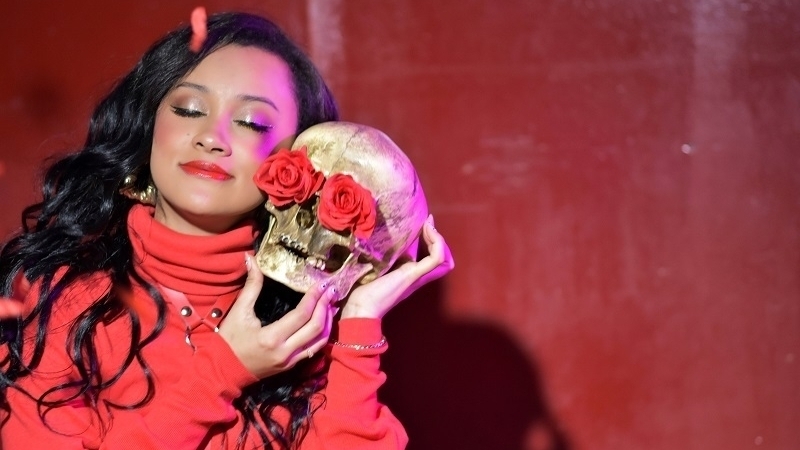 Online magazine Shebops recently had the opportunity to chat with J-urban songstress AISHA.

Hailing from Yokohama City, AISHA’s father was an American professional trombone player and her mother was a Japanese dancer/singer.  In December 2010 she made her mark in the scene debuting with her self-titled mini-album.

She gained notoriety with anime and J-pop fans alike after her first physical single Kono Koe Karashite was selected as the ending theme for the popular Naruto anime series.

AISHA recently contributed vocals for A Tales of Sleeping Prince, one of the tracks included on the successful anime Yuri!!! On Ice, and back in February she released her latest digital single “Usotsuki LIAR”, this is her first release since securing a brand new recording contract with Universal Japan.

In the interview AISHA talks her influence for Usotsuki LIAR, if she wants to try branching out internationally, challenges she faced in the industry, and much more. Fuckboys beware! Check out the interview on the next page.