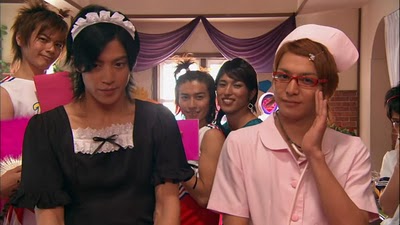 The Hana Kimi & Hana Yori Dango stars will again reunite to play childhood friends who join forces on opposite sides of the law in the television adaptation of the manga Ouroboros -Keisatsu o Sabaku wa Ware ni Ari by Yuya Kanzaki  which  will air on TBS by January.

Reported by ANN, the 18th volume of the manga is announcing on Saturday that a live-action television adaptation has been green-lit. Launched in Comic Bunch in 2009, the magazine had revealed last month that the manga’s 18th volume will have an “important announcement.” 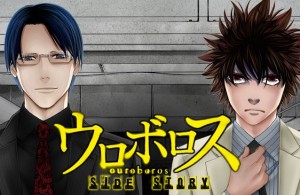 The story is about Ikuo Ryūzaki and Tatsuya Danno, both orphans, who have sworn revenge against an organization that, during their childhood caused the death of someone very dear to them that they called Sensei, and also against the corrupt police system which, at the time, was negligent with regard to this murder case.

Ryūzaki become a police detective, while Danno becomes the leader of a gang of yakuza. Secretly together, they bring forward their plan to make the corrupt police system and the criminal organization collapse, against whom they swore revenge.

Regarding who will play the police detective and the gang leader is still not yet revealed.