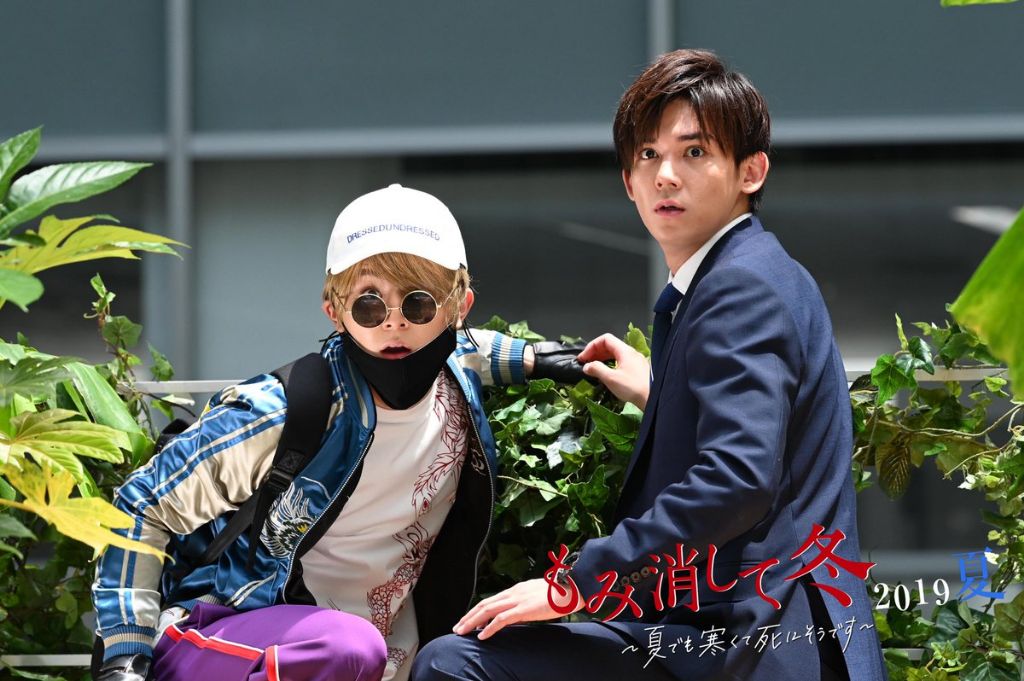 Hey! Say! JUMP is covering Sakamoto Kyu’s famous song “Ue o Muite Aruko” (I Look Up As I Walk) alternatively known as “Sukiyaki” for the theme song of the drama SP. The original version was released in 1961 and has topped worldwide charts including the U.S.

Synopsis: Kitagawa Shusaku (Yamada Ryosuke) was an elite police officer with the Tokyo Metropolitan Police Department. But he has been unemployed for over a year after committing a crime for his family. His father Taizo (Nakamura Baijaku), the former headmaster of a well-known private junior high school, lost his position due to a scandal.He wrote about his experience in a book called Ruined Family which has become a huge best seller, and helped him make a comeback. Shusaku’s older brother Hirofumi (Ozawa Yukiyoshi) has also achieved success in the US as an AI doctor while older sister Chiaki’s (Haru) relationship with a partner chosen by AI is going well. Their butlers Koiwai Rinji (Asano Kazuyuki) and Sunoki Matsuya (Chiba Yudai) has also returned to the family. However, Shusaku is the only one among the Kitazawas who cannot keep up. He is seeking to become a patissier, which has been a long-time dream, but keeps failing job interviews. Meanwhile, Taizo proposes that Shusaku ghostwrite his next book Educational Failure. Shusaku takes on the challenge. But no matter how many times he writes, his scripts keep getting rejected by his father. Shusaku lets Sayuri, an AI specialising in composition that his brother loaned to him, amend the script, and manages to establish his position within the family as a ghostwriter. This depicts Shusaku as an utter villain with a series of cliched deeds such as shoplifting, cheating, domestic violence. However, Taizo is suspected of fabricating facts when the book is released and finds himself facing a crisis. A family meeting is convened because of yet another scandal, and Chiaki says something shocking, “Then Shusaku’s actions just have to match with the book!” Will Shusaku be able to get through this problem and protect the family’s honour?