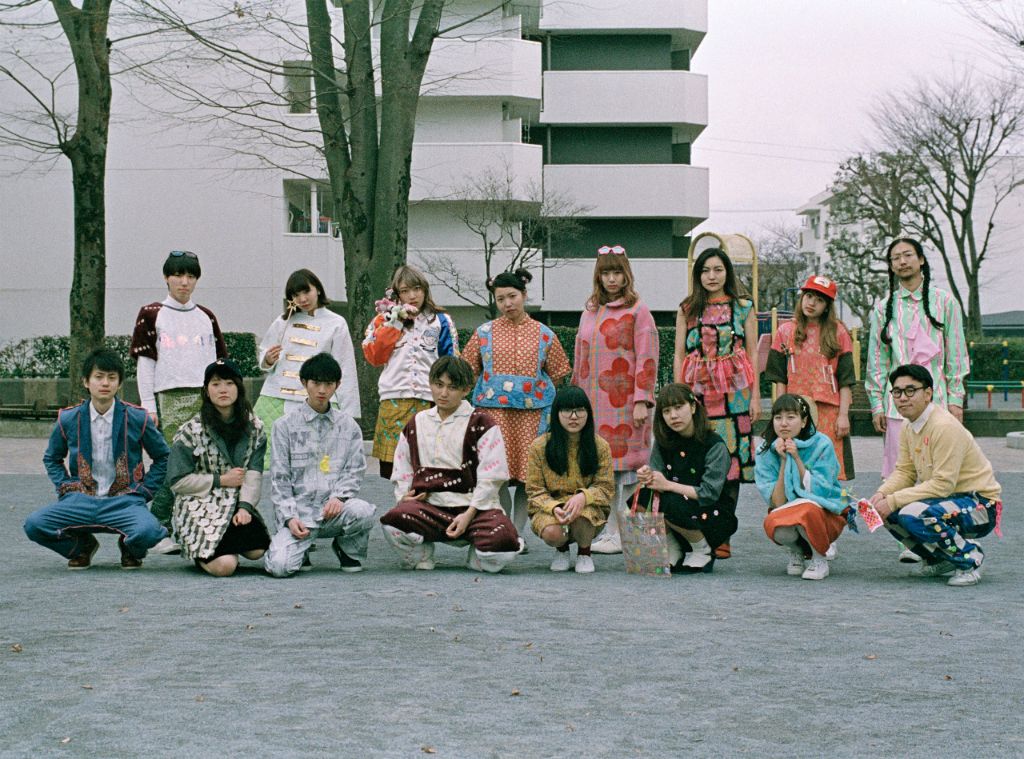 We need to have a serious discussion. The year is 2019.
Western medias keep talking about kawaii culture like we were still in 2005. Gyaru is dead. Influential fashion magazines discontinued. Influential fashion icons are no more. Japanese street fashion has never been more boring. Koki is walking for Chanel and is getting hailed as a fashion icon. We need help.
Where the Japanese fashion scene is heading at ?
We need a serious conversation.

There’s already been plenty of discussions debating the reasons behind the overall dull-ification of the Japanese fashion scene. The main argument brought up being the generational shift. The younger population, who grew up in a more complex & troubled social context tend to endorse a more safe and conservative lifestyle.

I guess I’m really starting to get old because I more and more feel compelled to look at the past. Or maybe is it because I find more fulfillment ?

I’m actually grateful for belonging to my generation. Being a teen in the 2000s, I had the privilege of witnessing one of the most exciting era of the street fashion Japanese scene. Comparing to today’s fashion scene, it looks like a whole generational separate them so much the discrepancy is blatant.

The struggle for relevancy of former Japanese street fashion stars

Along with Visual kei, and Punk culture, gyaru-ism was one of the major street fashion movement who encompassed a status of total art : from fashion of course, but also music, literature, movies, design (nail art, keitai (NA : cellphone) decorum), language (slang), video game, etc…
The rise of social medias since the turn of the previous decade spelled the decline of blogging which initially was the main support for Japanese pop fashion stars to showcase their latest hauls, share their shopping tips, personal experiences and so on… Their personality and fashion sense fostered the appeal of the brand(s) they endorsed. They were the actual forebears of influencers.

With the advent of social medias domination, a significant number of them dropped out of blogging following 2 patterns :

– becoming in low-tiers fashion brands producers and using their platform as a selling window for their venture (Satomi Yakuwa / Michell Macaron, Yuria Kushido / Sugalism, Kumiko Funayama / Micoameri). It is important to note that the status of “producer” is used quite losely in the Japanese fashion industry since a bunch of popular models get hired as such more as brand collaborators than legit “brand designers”. With the progressive decline of the whole gyaru culture since the turn of the decade, the necessity to find a withdrawal/side occupation became more compelling than ever.
This phenomenon was already pretty common during the gyaru era : Okarie Matsuoka (Ank Rouge) and Eri Momoka (Moery) being the trailblazer of that trend of multi tasked models/producer/ambassador.

Kyary Pamyu Pamyu who after initially being a model for Harajuku magazines KERA and Zipper got her breakthrough as a singer with “PONPONPON” in 2011 and cemented her status as one of the biggest J-pop phenomenon of the last decade.

Tsubasa Masuwaka (former Popteen star model ) conducted a serie of successful business ventures in make up (CandyDoll), eye accessories (eyelashes / DollyWink & lenses / Bambi series), stocking (S-leg), and even music (with her alter persona Milky Bunny) …and only came back to fashion on the latter stage of her business endeavors with EAT ME in 2014.

The fact that a significant amount of former street fashion figureheads retrained themselves into a bunch of different ventures might be interpreted as a sign of overall decline of the Japanese street fashion scene.
Fashion alone is not enough to sustain a career anymore : an alarming amount of magazines discontinued along with a number of shops or brands that closed down during the last few years, disrupting this once thriving industry.

Still, a steady amount of those street fashion personalities keep pushing onto this industry, revealing emerging directions the scene is currently heading to. One of them is an overall aesthetic revamping.

A bunch of personalities stripped by the steady decline of the street/pop fashion scene ventured into projects aiming to revamp time-tested recipes with new flavors. Tsubasa Masuwaka‘s brand EAT ME is a prime example.

The breakthrough of LARME kei is a significant testimony of the general toning down of youth fashion scene. Yes, today’s young girls still want to be cute, doll’ish & dream-like, but now in a subtle, almost casual ethereal way, not a full-on spectacular fashion like it was custom for the previous generation.

Unlike Tsubasa Masuwaka, Kiko Mizuhara who started venturing in the fashion world with Office Kiko in 2018, didn’t bother trying to insert any original creative involvement in her delivery whatsoever since her brand is pretty much a blatant rehash of 90s gyaru fashion aesthetic & culture.
The brand is definitely all the way into the 90s revival bandwagon.

While I was initially really enthusiastic to see such an important figure of the Japanese entertainment industry (who had the benefit of having a large following & visibility in the West which was a strong key point for a Japanese personality) engaging into the fashion industry, I eventually felt a tad let down by Office Kiko. The brand, that states to “seek to come together with creators all across the galaxy who share feelings of creativity and peace” eventually came out moreso as a merch brand collaborating with already established brands or creators on exclusive & limited lines, relaying on VERY small quantities available. This business model usually ensuing routinely in massive stock out (that seems NEVER restocked) comes off to me (a fellow fashion business owner) as a very strange commercial strategy…

But the Japanese fashion scene doesn’t resume to gyaru culture and its contemporary ersatz.

Despite an obvious ‘dull-ification’ of the scene, I noticed a small amount of very interesting brands that shine through their artistry and craftiness. They provide some interesting insight regarding the future of the fashion street scene.

After nearly 2 decades of visual boldness and extravagance, a significant resurgence of handmade, delicate crafty brands among young Japanese designers is noticeable. However, pioneers were already existing.

minä perhonen is a fashion & textile brand founded in 1995 by Akira Minagawa. After falling in love with Scandinavian culture when he visited Finland at 19, he founded minä perhonen, to create original timeless designs.

Although being nearly 25 years old, the brand timeless fashion is more relevant than ever in an era where fashion enthusiasts cater more and more to a meaningful sustainable and timeproof fashion.

What made Japanese street fashion (especially during her peak, starting from the mid 90s up to the mid 00s) so special, unique and renowned across the world was its craftiness and resourcefulness: clothes customization, playing with shape, colors and accessories coordination… with little to no actual budget. Creativity was the only currency to achieve street credibility.

Yuriko Eto is a clothes and accessory name-sake label that debuted in 2017. She specializes in PVC bag with colorful small plastic toys quilting which seemingly comes off as a tribute to the playful and bold decora kei wave.

On a similar crafty approach, Yumiko Arimoto through her label Sina Suien creates accessories and clothes out of fabrics or second-hand clothes she embellishes with impressive embroidery skills.

Considering the VERY divisive pricing these brands endorse, they both definitely target an audience receptive to the whole concept of non-ostentatious luxury.

The fact that SEA JAPAN was created in 2007, a season that marked the comeback of minimalism in fashion tells a lot of how far back this (now long staying) tendency comes from.
Japanese adult fashion is traditionally more toned down and tame compared to the West, so it makes sense this kind of casual lifestyle brands managed to gain a fairly wide audience and popularity regardless of their expensive price range. However, such business model expose its limits in the sense they do antagonize common fashion enthusiasts who don’t hold a significant buying power – especially younger ones.

One of my biggest issue with a significant amount of popular high end Japanese brand is the overall opacity of prices – SEA JAPAN aside though since it is clearly stated on the website that them items are made in Japan, thus explaining their (ridiculously high) price, something that I wish was more common on japanese web shops.
Whenever I’m browsing through e-shops, I’m astounded to see the lack of basic technical information about the garments sourcing, such as the country of fabrication [NA : this type of information is mandatory in the country where I am from, based on trade transparency common laws, so I tend to look out a lot after them whenever I’m browsing on foreign fashion web shops].
A $290 camisole or a $485 see-through pullover deserve more price transparency explaining than succinct information about the fabric composition and the sizing….

Balancing out this issue and acting like middle ground between luxury and affordable fashion, other brands took the side of endorsing the concept of semi luxury fashion, aiming to provide creative and original design on “affordable” price.