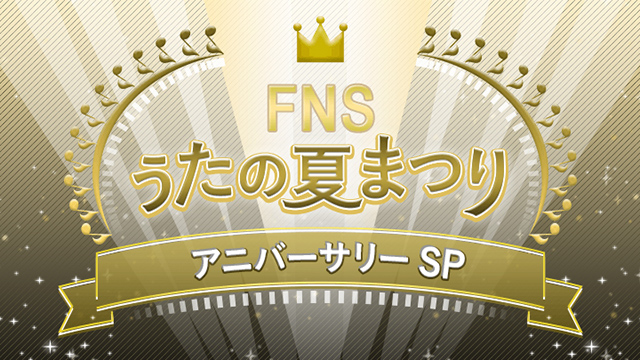 On August 2, this year’s edition of Fuji TV’s annual mid-year music special, FNS Uta no Natsu Matsuri, will air. The show will start at 7 PM JST and end at 11:18 PM JST. The show will be hosted by Love music’s hosts, Chisato Moritaka and Watabe Ken, and Kato Ayako.

Two sets of performers have been announced for FNS Uta no Natsu Matsuri ~Anniversary Special~ so far. The first set features a number of longtime industry veterans: Hagiwara Kenichi (50th anniversary), Moriyama Ryoko (50th anniversary), Tanimura Shinji (45th anniversary), and Kayama Yuzo (80th birthday). Also included in the first set of perfomers is Mike Maki, who will be performing with Moriyama. Tanimura will sing his signature song, “Subaru”, while Kayama will collaborate with a number of younger acts, which will be announced later.

The second set includes the likes of Hey! Say! JUMP, BREAKERZ, Nogizaka46, and Tackey & Tsubasa. Hey! Say! JUMP and BREAKERZ will both celebrate their 10th anniversaries by performing a medley on the show.

Find out who else is performing below!