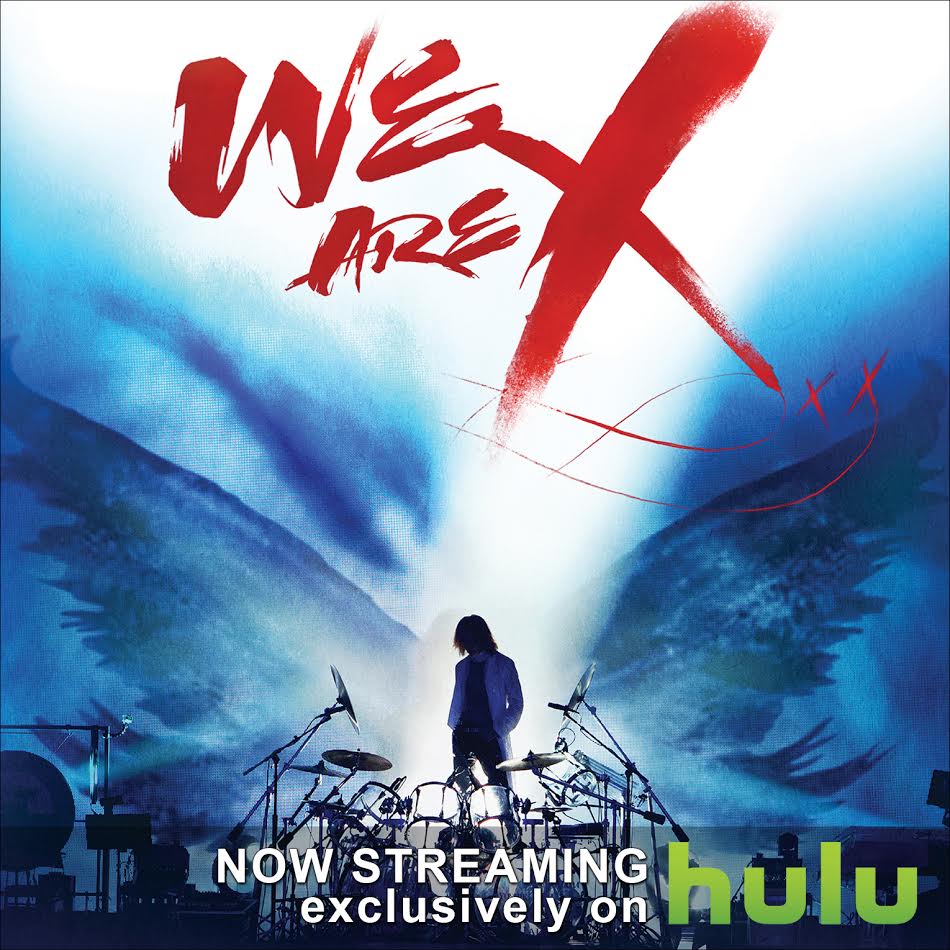 The Award-Winning X Japan Documentary We Are X is now streaming exclusively on the streaming service Hulu.

We Are X is the critically acclaimed documentary film about the rock group X JAPAN from the production team behind the Oscar-winning Searching for Sugar Man — made its streaming debut exclusively on Hulu starting Sunday, July 2. The music doc film comes to Hulu through an exclusive deal with Magnolia Pictures that grants the streaming service the pay one window streaming rights to films released by the major film distributor.

We Are X profiles the iconic Japanese rock band and its enigmatic frontman YOSHIKI, who is a composer, classically trained pianist, and drummer. YOSHIKI is credited as the creative force behind the bands monumental success. Numerous interviews with A-list rockers such as Marilyn Manson, Gene Simmons, and Stan Lee are featured in the documentary where they talk about the bands influence and how much X Japan means to them. We Are X delves into X JAPAN’s attempt to break into the American music industry,  while also taking a look at the bands hardships including suicide and “cultism” among fans.

The positive reception overseas has allowed many promotional events overseas, including YOSHIKI appearing at the 2017 Anime Expo, and the entire band causing Oxford Street in the United Kingdom to shut down.

Watch the official film trailer below.