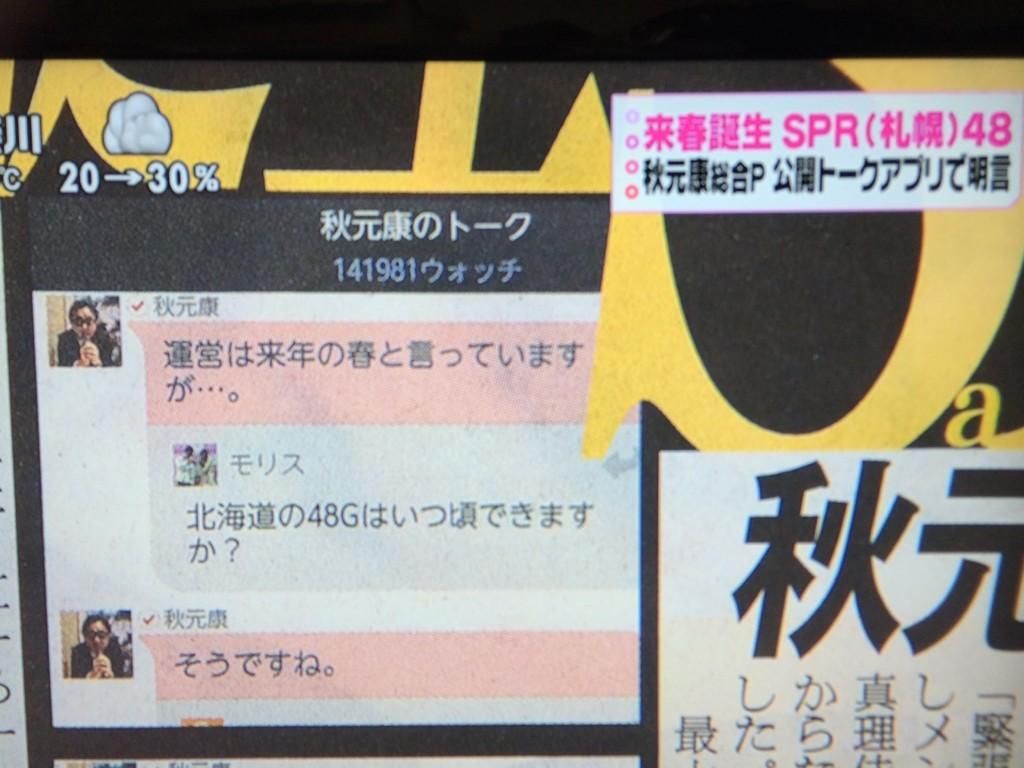 Rumors have been swirling about a Sapporo-based AKB48 sister group called SPR48 for awhile, but it could actually be happening very soon.

Biglobe News reports that businessman and creator of the AKB48 franchise Yasushi Akimoto took to the free public talk app “755” (nana Go Go) and answered a question about making a group for Hokkaido. He replied that management is in the planning stages of debuting the next sister group around spring of next year. He didn’t confirm where, but everyone is pretty sure it’s Sapporo.

Sapporo is the fourth-largest city in Japan by population, and the largest city on the northern Japanese island of Hokkaido. If the rumors are true, it will be AKB48’s fifth domestic sister group.

Besides the defunct SDN48 and their flagship group AKB48, whose theater is in Akihabara, Tokyo, there is also SKE48 in Sakae, Nagoya, NMB48 in Namba, Osaka, HKT48 in Fukuoka. They’ve also reached out to other parts of the world with JKT48 in Jakarta, Indonesia, SNH48 in Shanghai, China, as well as an announcement for TPE48 in Taipei, Taiwan (but that never went beyond audition stages).

Where else in the world would you like to see an AKB48 sister group pop up?