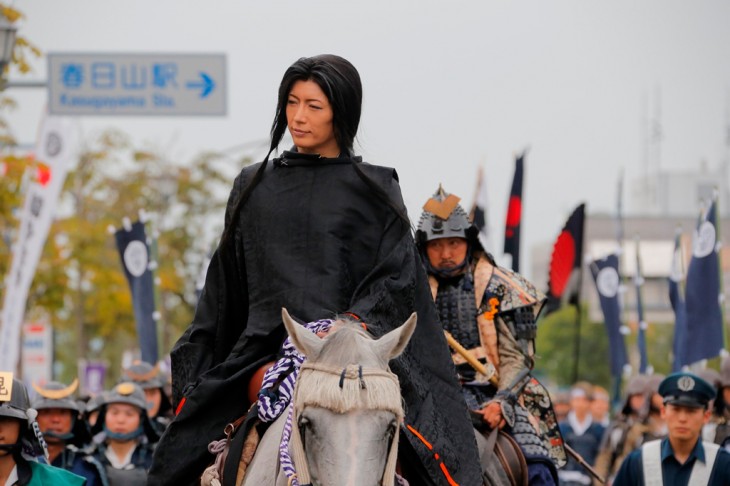 This year GACKT appeared once again as Uesugi Kenshin, one of the most powerful lords (daimyo) of the Sengoku period, at this year’s Kenshin Kousai.

In the 2007 NHK Taiga drama ‘Fuurin Kazan’, GACKT played the role of Uesugi Kenshin, where he then began to portray it at the Joetsu city’s Kenshin Festival held every August. But this festival didn’t start with the singer, it has been an annual performance since 1926. However, the festival in fact has received a record high attendance rate since his participation, with over 240,000 visitors piling in to see GACKT.

This is a two day event that began August 23rd, but GACKT didn’t appear until the 24th at the event kick-off procession at Kasugatama Castle for the reenactment of the Kawanakjima battle. GACKT, adorned in a glamorous wig, led an army of 500 warriors on horseback.

The event was streamed on USTREAM, and at the end a preview of his newest single ‘DAY BREAKERS’. Check it out below!