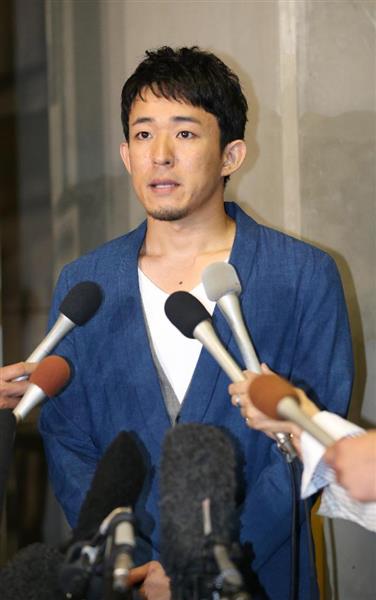 The scandals keep coming in 2016! This one is another adultery scandal, involving former FUNKY MONKEY BABYS member Funky Kato this time around. The June 7 issue of Shukan Josei revealed that the married singer is having an affair with the now ex-wife of comedian Shibata Hidetsugu of the duo Untouchable. Once the story broke, Funky Kato held a press conference, confirming the story and apologizing for his actions.

Funky Kato has since confessed about the affair to his wife. They will stay together, while he will pay child support to the former Mrs. Shibata.

At his press conference, Funky Kato apologized to all those hurt by his regretful actions. However, he will not go on hiatus, saying that he has his whole life to make up for his mistakes. After the press conference, he head to a baseball game at Kyocero Dome in Osaka to throw the ceremonial first pitch.